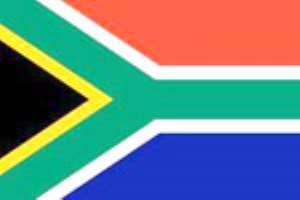 The IMF notes that the loan is needed because the COVID-19 outbreak has led to a sharp economic contraction and significant financing needs in South Africa. It is true that several countries are financially impacted by the pandemic but the issue is whether the pandemic is the only factor that compelled South Africa to seek the loan. The answer is no. Actually, with severe structural constraints to growth, economic activity in South Africa has weakened over the last decade despite significant government spending.

The weakened economic activity has resulted in high unemployment, poverty, and income inequality. Thus before the pandemic, there was a pre-existing situation of structural constraints, subdued growth, and deteriorating social outcomes. In fact, the existing economic hardship was one of the contributing factors that prompted many poor, unemployed and lowly-educated South Africans to attack other Africans living in South Africa.

As expected, the IMF has attached some conditions to the disbursement of the loan. Attaching conditions to loans is normal and rational for lenders to protect their investment. However, we all know that IMF conditions have worsened the economic situations of other African countries that borrowed from the Fund. Fortunately for South Africa, since the goal of the loan is to help the country face the immediate financial consequences of the pandemic, the conditions are not very strict. However, the conditions are strict enough to hurt South Africa just as IMF loans have hurt other African countries.

The main condition is for South Africa to show the IMF that it is facing a crisis, and that it will use the funds to deal with the crisis. Other conditions are that South Africa will cooperate with the IMF to solve the balance of payments problems caused by the crisis and to describe the economic policies that it proposes to follow.

The above conditions are very mild so may not hurt South Africa economically. However, before South Africans jubilate, let’s look at some other conditions attached to the loan.

Two, South Africa has to take certain steps to stabilize the country’s finances. This means the government will cut government spending to reduce its need to borrow. When the IMF demands a government to cut spending, it means certain projects vital to the government and the citizens need to be streamlined. Examples are cuts in public sector wages and funding for state owned enterprises. In the latter case, it may include cuts in funding for schools. In fact, some state-owned enterprises may be sold to private investors.

Three, the government has to introduce reforms to stimulate a growing and inclusive economy. These reforms include measures to improve competition in different sectors of the economy. In a typical African country, this means competition from the international community, a competition that though may lead to better services and competitive prices, may drive indigenous entrepreneurs out of business. Generally, the livelihoods of people in poorer countries have been destroyed by unfair competition from foreign goods and services.

Apart from the treacherous conditions, there are some downsides for South Africa borrowing from the IMF. The most significant downside is that the loan is denominated in foreign exchange. Thus, South Africa has to bear the risk that if the rand depreciates, the loan and the interest on it will become more expensive. Given the state of the South African economy, this is a significant risk. The other risk is that if South Africa does not use the funds from the IMF wisely, the country’s economic situation will deteriorate. Another downsize is the fact that the loan will not generate direct revenue/turnover.

Mankessim: Kenkey seller knocked down by a speeding vehicle ...
18 minutes ago