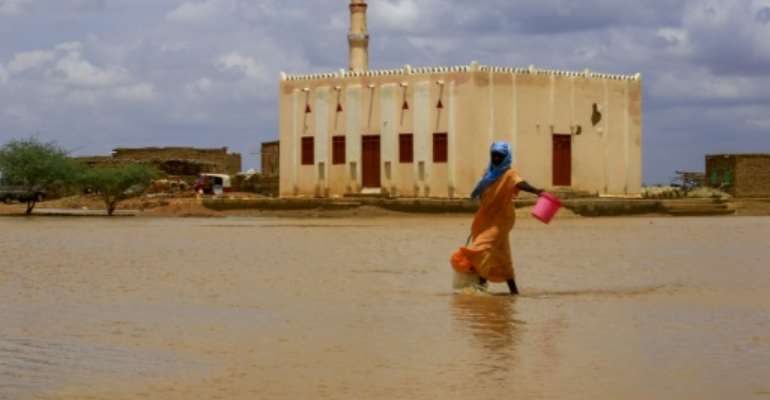 At least 20 people were killed and 13 others wounded Sunday in torrential rains and flooding, the latest victims of days of flooding in Sudan, the civil defence said.

Heavy rains typically hit Sudan between June and October each year, and this week the country has been badly battered by the downpour.

"20 people have died and 13 have been injured while 345 houses were destroyed or badly damaged" across the country Sunday, the civil defence said.

The latest toll brings to 35 the number of people killed since the end of July and to more than 7,000 the number of houses destroyed or damaged as a result of heavy rains and flooding.

The UN said on Wednesday that more than 50,000 people had been affected by the flooding.

The civil defence also reported Sunday that it had dispatched helicopters and supplies to eastern Sudan where a group of miners are stranded due to rising waters.