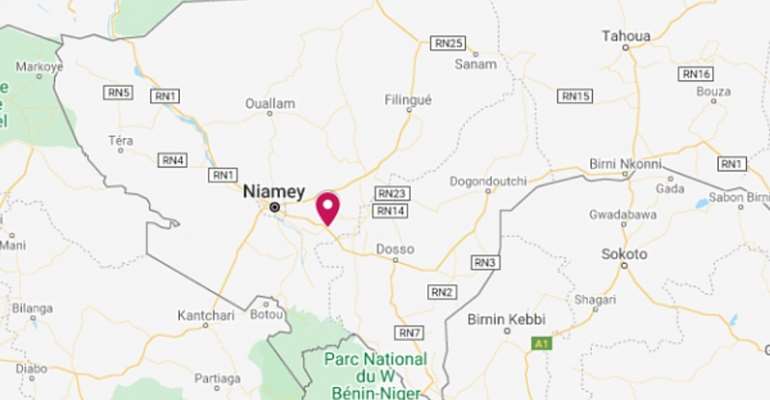 In possibly the first such attack of its kind, gunmen killed six French tourists as well as their local guide and driver in an area in southwestern Niger known for its unique giraffes.

It is believed to be the first such attack on tourists in the area, a popular attraction in the former French colony thanks to its unique population of West African or Niger giraffes.

Motives unknown
The assault took place in the town of Koure an hour's drive from Niger's capital Niamey.

Official sources said they came on motorcycles through the bush and waited for the arrival of the tourists."

AFP claimed to have seen grisly pictures of the scene, showing bodies lying near a torched vehicle with bullet holes in its rear window.

Giraffe territory
Around 20 years ago, a small herd of West African giraffes found a safe haven from poachers and predators in the Koure area.

Today they number in their hundreds and are a key tourist attraction, enjoying the protection of local people and conservation groups.

However the Tillaberi region is in a hugely unstable location, near the borders of Mali and Burkina Faso.

The region has become a hideout for Sahel jihadist groups such as the Islamic State in the Greater Sahara (ISGS).

'Get rich quick' attitude among the youth eroding moral fabr...
53 minutes ago