It’s Time We Acknowledged The Role Of Women In National Development—Mrs. Jackson 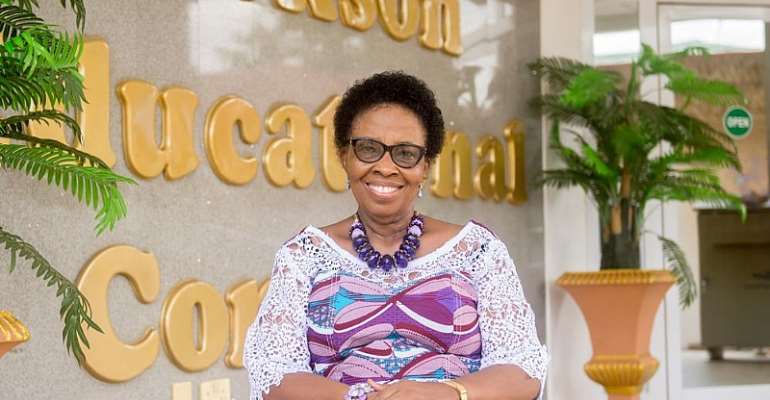 The Principal of Jackson College of Education has touted the contribution of Ghanaian women in various fields of endeavours towards national development.

She said it was time to acknowledge the immense contributions of women in all sectors of the economy and take deliberate steps as a country to propel more women to leadership positions.

Mrs. Jackson made the call in a congratulatory message to Prof. Rita Akosua Dickson on her appointment as the first female Vice-Chancellor of the Kwame Nkrumah University of Science and Technology (KNUST).

Her appointment to the highest office in the university, according to Mrs. Jackson, is a testament that women are capable of taking up key leadership positions just like their male counterparts.

She said, for Prof. Dickson to be appointed VC of a prestigious university dominated by male professors means women are no more consigned to the kitchen but also, relevant to national development.

Women, she noted, had the potential to make a significant impact in the socio-economic development of the country when given equal opportunity as demonstrated by Prof. Dickson and other distinguished women occupying key positions in both private and public sectors.

She mentioned the likes of Madam Frema Opare, the Chief of Staff at the Presidency, Mrs. Jean Mensah, the Electoral Commissioner, and Dr. Beatrice Wiafe Addai, Chief Executive Officer of Peace and Love Hospital as some women making a strong case for women empowerment.

"Women are making a strong impact in every sphere of our national life," she noted.

She called on the citizens to desist from ruining the reputation of women who take up positions at high offices but rather encourage women participation in the national discourse.

"These women and many others are competently serving the nation and showing the way for young women to follow suit", she opined.

She entreated young women to use such women as a yardstick in pursuing their career aspirations and desist from a promiscuous lifestyle in search of quick money.

According to her, women should have a clear cut vision by setting achievable goals and work towards achieving them with perseverance.

She spoke against the phenomenon where women celebrities virtually expose their nakedness on social media just for fame, adding that, such practices only undermine womanhood.