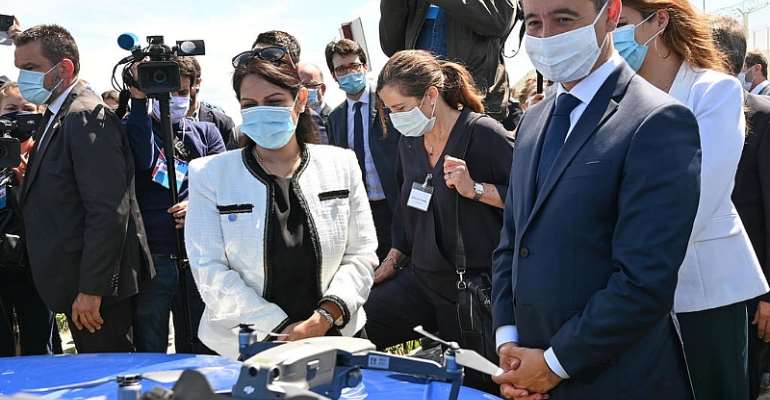 The British government on Sunday appointed a former Royal Marine to lead efforts to tackle illegal migration in the Channel ahead of talks with France on how to stop the dangerous crossings. Recent days have seen a surge in attempts by migrants in France to cross the busy shipping route to the English coast on makeshift vessels.

"The number of illegal small boat crossings is appalling," she said.

"We are working to make this route unviable and arresting the criminals facilitating these crossings and making sure they are brought to justice.

"Dan's appointment is vital to cutting this route by bringing together all operational partners in the UK and in France."

Further talks due in Paris

Patel visited the French port of Calais last month to agree a new joint police unit to share intelligence on trafficking networks. London's immigration minister, Chris Philp, is due in Paris for further talks on Tuesday.

Britain's interior ministry has made a formal request for the Royal Navy to help but campaigners warn any military intervention to stop boats could be dangerous and could face legal challenges.

The Sunday Telegraph newspaper reported that officials were planning for naval and border force vessels to pick up the migrants and take them directly back to northern France.

However, such a deal would require French involvement and the newspaper claims that Paris is demanding 33 million euros from London to help fund patrols.

The French government declined to comment on the demand for payment but confirmed it was in the final stages of drawing up a joint plan with Britain.

Since 1 January, the French authorities have intercepted at least 810 migrants trying to cross the Channel to England, according to official figures.

The French interior ministry said that between January and July 2020, authorities had stopped five times as many crossings as in the same period last year -- and ten times as many in July alone.

Analysis from Britain's PA news agency shows more than 4,100 people have successfully made the journey to England this year, with 151 arriving on Saturday alone.