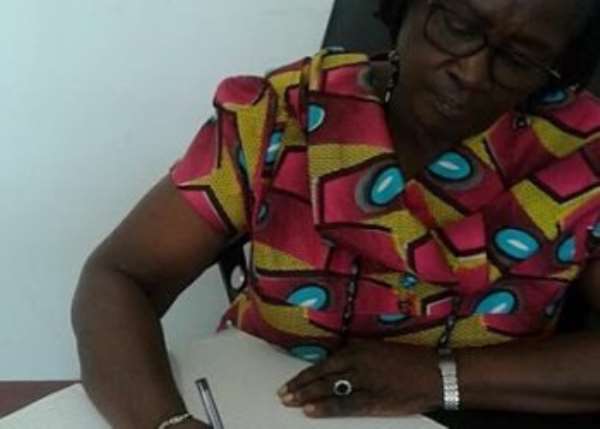 At best, Naana J. Opoku-Agyemang’s FOREWORD to Prof. Kwamena Ahwoi’s memoir titled “Working with Rawlings,” may be aptly deemed to be problematic and tentative. I will come to the latter issue very shortly. In the meantime, suffice it to say, at least tangentially, that the very first paragraph of this micro-essay or theme, as those of us instructors/professors of College Composition call it, is rather tentative and halting. The writer appears to be a little jittery, agitated or even indecisive on the question of whether to label or classify Prof. Ahwoi’s work as an autobiography, a biography or a memoir, which the title of the book, at least the verbal noun or gerund of “Working,” clearly indicates that, in fact, it is.

As well, two different impressions immediately jump off the page here. Namely, that either Naana Opoku-Agyemang was much too nervous to settle on a definitive angle or perspective from which to begin her brief but vigorous sales pitch for the book, or she was simply confused and noncommittal about whether she really wanted to put her credibility, for whatever it may be worth, at stake or on the line or not, very likely knowing that the public reaction to the publication of the book was apt to significantly impact her own reputation and credibility as well. To the preceding effect, Naana Opoku-Agyemang writes: “The first-person narrative [which Prof. Ahwoi adopts for his memoir which, by the way, is pretty much the standard practice and decidedly pedestrian], releases the reader from the potentially uncomfortable position of an intruder to that of a trusted addressee. This is especially so[,] as the text grounds its content[s] in verifiable fact[s], at times seeking and receiving the approval of nonfictive persons.”

Now, I don’t suppose that besides creating rhetorical intimacy, that the use of the first-person narrative necessarily establishes any fiduciary relationship between the author and the reader or the addressee. This is because ultimately, what we have here is the one-sided perspective of the memoirist-narrator or narrator-memoirist, in this case Prof. Ahwoi, and not the narratologically inclusive perspective of the subject/protagonist. The idea of the text of “Working with Rawlings” being grounded in verifiable facts, as well as at times receiving the approval of “nonfictive persons” is also problematic and pleonastic or redundant, because by its very nature the memoir tends to be populated by real human characters or nonfictive persons. Which is also why I think that the FOREWORD writer might have totally been caught off-guard by the invitation to pen the same.

But even here, Naana Opoku-Agyemang leaves the reader wondering about who the real protagonist of “Working with Rawlings” may be, that is, either former President Jerry John Rawlings or Prof. Ahwoi. On the latter count, the 2020 Vice-Presidential Candidate of Ghana’s main opposition National Democratic Congress writes: “Part of the strength of ‘Working with Rawlings’ may be located within the crevices of a growing body of questions for the protagonist, the author, but I daresay that as good books do, this book will invite the readers to unearth some questions for themselves as well.” The writer of the preceding quote does not tell her readers what may be some of the weaknesses of the book, which most scholarly critiques are expected to do by way of balance and objectivity; at least Naana Opoku-Agyemang does not do so directly, except to rather cryptically suggest that critically-thinking readers may wistfully come away from “Working with Rawlings” with some questions of their own or doubts about the credibility and trustworthiness of the author whose “autobiography,” in the memorable words of North African-born French philosopher, litterateur, thinker and Nobel Literature Prize Laureate Mr. Albert Camus, “Working with Rawlings” veritably is.

Ultimately, what we learn from the book, in the words of the FOREWORD composer, is Prof. Ahwoi’s own personal picture of the former Chairman Jerry John Rawlings, and not a picture of either Mr. Rawlings, as depicted by Ghana’s longest-reigning strongman cum sometime elected president himself. Or even what other people who also worked with the man picture him to be or envisage him to have been. But what is even more rhetorically shifty is when Naana Opoku-Agyemang also rather mischievously adds to her rather tentative theory of the first-person narrative, the following affirmative observation: “This is especially so[,] as the text grounds its content[s] in verifiable fact[s], at times seeking and receiving the approval of nonfictive persons.” In other words, for Naana Opoku-Agyemang, “Working with Rawlings” is an honest to Heaven or God Truth. Now, this is where the hint of the source of the conniption or grievance of those who perceive Prof. Ahwoi to have deviously colluded with others, including Naana Opoku-Agyemang, to malign and demonize former President Rawlings may be coming from.