The Cape Town gangsters who use extreme violence to operate solo

By Dariusz Dziewanski - The Conversation 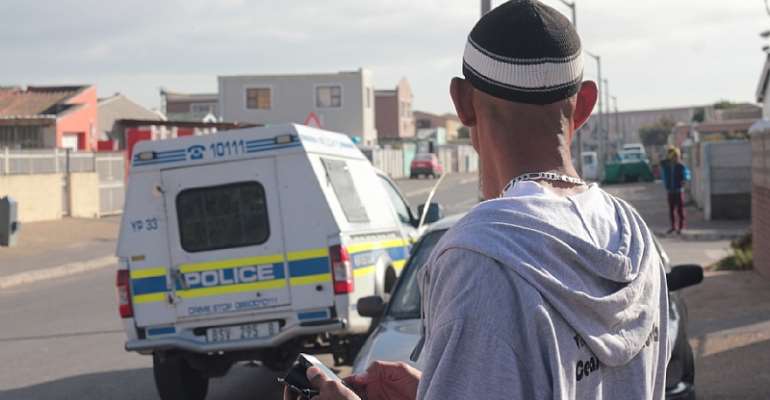 White minority rule under apartheid ended in South Africa over a quarter-century ago. But racial and class segregation in cities like Cape Town are as present as ever. The vast majority of the city's black population still lives a far cry from the shops, beaches and restaurants of its affluent and touristy downtown core. Many struggle in low-income and informal settlements where jobs are scant, government services are inadequate, schools and healthcare lack funding and violence is a regular occurrence.

These are the circumstances that have driven around 100,000 people into the estimated 130 gangs fighting each other on the windswept sandy outskirts of Cape Town's urban periphery. Joining a gang offers marginalised Capetonians opportunities for income , protection and empowerment .

Existing gang literature typically assumes that people join gangs to seek strength in numbers . But in a recent research paper I examine how some Capetonian gangsters choose to stand alone, preferring their independence to taking orders from a gang boss. Without the protection of an armed posse, however, they must fend for themselves. They rely on extreme violence and dangerous risk-taking to survive – and thrive – amid merciless gang warfare, in a city with one of the highest murder rates in the world.

Take the story of Prince, a Capetonian gangland mercenary who chose not to join a street gang. Describing a shootout with the city's biggest gang, the Americans, he told me in an interview:

I got around about twelve guns with me … I would position guns where I would know I would run to. I would hide here, so I would shoot then run there, and shoot – crazy stuff like that.

Prince said he sought out conflict with the gang after newly arriving in its territory. Doing so earned the Americans' respect, which in turn gained him access to their territory to sell methamphetamines and other narcotics.

I first had to have a fight with one of the top dogs so that (the gangsters in the area) can acknowledge a person. The only language they understand is violence. You must first take them to the peak of your violence – and then bring them down to the level that you want them to be.

I found that most gangsters are unwilling to expose themselves to this level of vulnerability. This means that few in Cape Town fly solo.

My study chronicles the exploits of what I call “ street virtuosos ”, those rare gangsters like Prince who challenge street norms by refusing to declare allegiance to a group, defend its tattoo and die for its turf. Instead, they master the “art of killing” to fight alone among the city's gangs, breaking with the expectations of the streets and showing how radical acts of violence can upset accepted gang norms in Cape Town. A member of a community violence prevention initiative called Ceasefire. Dariusz Dziewanski

But one cannot just be violent to stand out in a place where murder and assault are expected. Only extraordinary hostility gets people's attention. For example, another street virtuoso named Jerome recalls almost beating a criminal colleague to death to teach him a lesson after the man almost botched a robbery. “We were doing a job. It was very easy. But the guy didn't do what I said he must do and I beat his head up with a hammer … If I'm very honest, I beat his head like a milk sachet,” Jerome said.

Callous aggression of this magnitude sends a message, showing others who is boss and bestowing status onto the perpetrator through the rumours and street gossip that follow the incident.

Gaining street cred is not just about how you fight though. It is also about who you fight. Just as Prince targeted the “top dogs” to gain access to drug turf, Jerome robbed high-ranking gangsters to fill his own pockets. “It is who you rob. If I know that (somebody) is a higher rank, we rob him … So the whole gang thinks, and even he thinks: what's going on?” declared Jerome.

The objective of robbing in this way was to destabilise and disorient other gangsters, leaving potential foes struggling to figure out what is happening around them.

The consequence of these violent manoeuvrings might be the scaling up of overall rates of violent criminality. It is impossible to attribute any sort of causal certainty in this regard. But gang researchers in other settings have suggested that exposure to more aggressive street practices can redefine gangster culture, permanently pushing the modalities of criminality towards greater violence.

À lire aussi : It's hard to leave a Cape Town gang. But these men's stories show that it's possible

Yet, there is also a surprising silver lining to the extraordinarily violent behaviour that I recorded in my study. The socialisations, expectations and norms associated with violent street culture are often presented as something binding and inescapable. But providing evidence that street-based practices can evolve and change negatively indicates that it might also be changed for the better.

Whereas street virtuosos use extraordinary force to bend the rules of the streets to their will, others can break from the streets altogether, transforming their own lives by leaving gangs and showing others that a way out is possible.