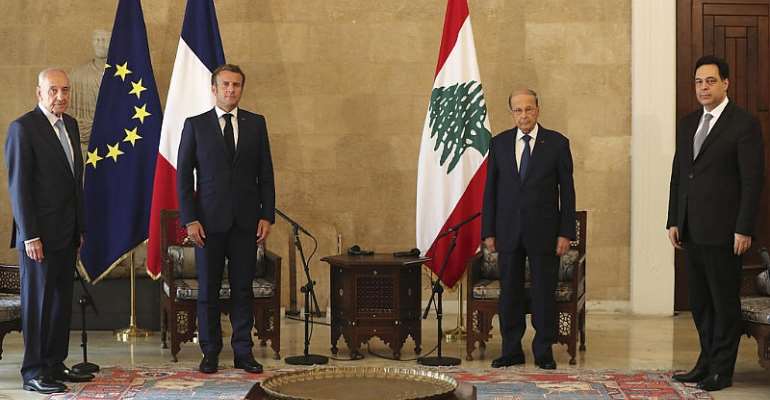 French President Emmanuel Macron on Sunday hosts US President Donald Trump and other representatives for a UN-backed virtual conference intended to drum up aid for Lebanon after the devastating Beirut port blast.

Representatives from European Union member states, China, Russia, Egypt, Jordan and the UK will all take part, with many other nations invited to attend.

Israel is not expected to participate.

President Macron on Thursday became the first world leader to visit Beirut after Tuesday's explosion. He warned Lebanese leaders that, while international aid would be forthcoming, deep change was needed to resolve the country's problems.

The blast at the Beirut port, blamed on a vast store of ammonium nitrate that was allowed to rot for years in a warehouse, destroyed entire neighbourhoods.

It has amplified the anger of many Lebanese against a ruling class allegedly mired in corruption and cronyism.

Macron will be hoping that pledges made at the video summit, which begins at 1200 GMT, will be translated into concrete donations and that the funds will be spent transparently and for the right purpose.

Speaking in Beirut after his visit on Thursday, President Macron said that the conference aimed to mobilise funding from Europe, the US and regional states to provide medicine, care, food, and housing.

"We will also put in place clear and transparent governance so that all of this aid -- whether it is French aid or international -- is directly chanelled to the people, to NGOs, to the teams in the field who need it, without any possible opacity or diversion," he said.

The French leader said that profound change was needed in Lebanon and that the nation's leaders required "a new pact with the Lebanese people in the coming weeks."

Prime Minister Hassan Diab said on Saturday that he would call for early elections.