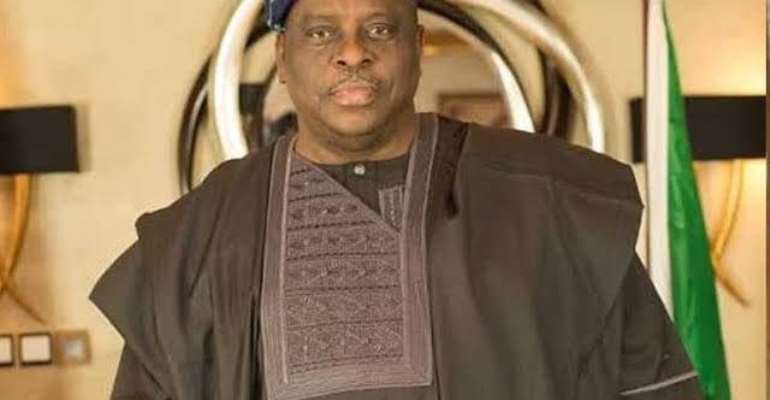 Reports available to DGN Online suggest that he passed away on Saturday, August 8, 2020 at the First Cardiology Hospital, Lagos.

Senator Kashamu was aged 62 and his death was confirmed by Senator Ben Murray Bruce in a tweet that read: “I have just lost my good friend of forever to #COVID19. Until his death, Sen. Buruji Kashamu and I were inseparable. He died today at First Cardiology Consultants, in Lagos. May his gentle soul rest in peace. I pray his family and loved ones the fortitude to bear this heavy loss”.

The late Senator Kashamu between 2015 and 2019 was accused of being a drug lord.

During his four-year tenure as Senator of Ogun East Senatorial District, the businessman was accused of winning his elections with forged certificates and battled for years with the federal government following attempts to have him extradited to the United States to face allegations of drug trafficking.

Kashamu was also popular for leading an extravagant lifestyle and creating a faction in the Ogun State’s Peoples Democratic Party (PDP).