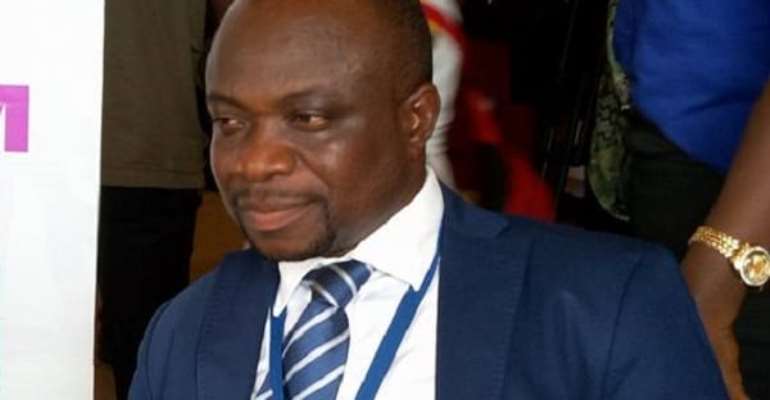 It is with great interest, concern and the need to educate the momentary sectional revolutionaries within the New Patriotic Party (NPP) in the Kumawu Constituency who are clamouring for the removal of the Member of Parliament for the Kumawu Constituency that I am volunteering the admonition hereby contained. To extricate myself from being on tenterhooks, considering the adverse effects or impact of the actions by some NPP activists portraying themselves as the leaders and spokespersons of the constituents, hence threateningly calling for the removal of Philip Basoah from contesting on NPP ticket for election 2020 after massively winning the NPP primaries, I have decided to put out this publication.

Ignorance, indeed, is a disease, so an adage goes. For the attention of the so-called constituency-level leaders of NPP in Kumawu Constituency, let it be known to you that your actions portray you in the eyes of discerning democratic Ghanaians as undemocratic opportunists who are as corrupt as the hands or the forces pushing you to act the way you are doing. How do you arrive at the conclusion that your continuous expressed depraved mentality is the representation of the entire NPP electorates in the constituency?

Your actions are a disgrace and a portrayal of your lack of knowledge of democratic dispensation and NPP policies. You may have succeeded to truncate Philip Basoah's desire to further represent the constituents of Kumawu Constituency on the ticket of NPP before the selection of contestants for the NPP primaries but not after, and he, winning the contest. Then again, the NPP executives, both national and regional, could not have simply denied him the chance to present himself for nomination as a contestant as long as he has not breached the party's constitution, laws or regulations. The best the party could cleverly do in attempt to cost him a chance to contest again on the party's ticket into election 2020 was exactly what they did; to allow other people to contest him. However, allowing people to contest for MP position through elections is a democratic process upheld by the Ghana 1992 Republican Constitution.

Have those people organising the insane press conferences calling on His Excellency the President, Nana Addo Dankwa Akufo-Addo, to remove Philip Basoah from contesting for election 2020 as parliamentary-candidate on NPP ticket know the motive behind why in some constituencies the incumbent NPP MPs were not allowed to be contested by anyone, thus, went unopposed, but in others, they were contested by others? In those constituencies where there was a contest, the party was living up to its democratic principles and also, giving the delegates the chance to re-elect or remove the incumbent MP.

Once any contestant wins, freely and fairly, not breaching the rules of the game as formulated into law by the party and the nation, how do you in your right senses, if not warped mentality, try to force the hand of the President to break the law just to satisfy your whims?

There have been two such capricious press conferences held in the constituency recently. One was held in Kumawu-Bodomase and the other in Pepease or so, according to the videos reaching me on my WhatsApp page. I see them as depiction of the ignorance of the regulations and policies of the party by those fronting as the leaders or spokespersons of the movement calling for the forcible removal of Philip Basoah.

How on earth do they want to replace him by one of those contestants who was defeated into either second, third or fourth position, thus, Dr Bannor, Lawyer Osei Kofi and Ahomka Lindsay? Is that not madness? Is that what the NPP constitution tells them? Do they think their selfish-interest is in the best collective interests of all those voting NPP in the constituency?

Prior to the contestants going into the primaries election, did an audio not come out about some delegates collecting money from some of the later to be defeated contestants? Did anyone come out to allege that Philip Basoah was bribing the delegates? Is it not alleged that after the defeat of the mentioned contestants, some of them sent out their agents to go to the homes of those delegates they had bribed to collect their money back with Lawyer Osei Kofi's name mentioned as one of such defeated contestants asking for his money back? How on earth do you want to replace Philip Basoah by such a person? Reference to Lawyer Osei Kofi is just for explanation sake.

If you have a genuine problem with Philip Basoah, find another sensible way to carry your grievances to him to ensure that he starts to perform better without sleeping on the job anymore, if he has not been living up to expectation. It is completely wrong, if not total absurd, by anyone to threaten to vote against NPP, or vote "skirt and blouse" in the constituency should Basoah still be maintained on the ticket of NPP.

Most often, and out of total ignorance, the Ghanaian constituent expects his or her MP to do things which are not the basic functions of MPs. The constituents had better know or find out the duties of Members of Parliament.

I had better not spend my precious time going in circles trying to rebuke the revolutionists but to advise them to obey the rules and regulations and respect them, however, they turn out the results. It's too late for them to achieve their aim. I suspect some people are pushing them to act the way they are doing but to be honest with them, it is too late for them to realise their malicious objective.

Have they bothered themselves a minute to know about the functions of a District Chief Executive and a Member of Parliament? If they need development in their area, which one of them must be the first point of call?

Nowadays, in our advanced information technology world, it is easier to get any information you want by a click of your computer mouse or a search on your smartphone on Goggle.

The underlying search on the duties of both MPs in Ghana and Great Britain will help the NPP agitators calling for the removal of Philip Basoah understand the circumstances much better.

The constituents voting in their majority against an incumbent MP, thus, voting for his opponent, is the only way to remove an MP who has not breached any law, from office. Therefore, a minority of the constituents who are just a section of the members of a political party as it is in this case, cannot, and must not be allowed, to call for the forcible removal of an incumbent MP cum elected parliamentary aspirant from the ticket of a party. Much as they see the views of the NPP delegates that voted for Basoah as not theirs, so do I see that of the revolutionists' as not mine nor the majority's.

"What is the work of an MP in Ghana?"

"Members of Parliament (MPs) are your representatives in Parliament. ... Members who are not ministers will generally be allocated positions on parliamentary committees with a strong scrutiny role in relation to legislation in the Legislative Council and government portfolio responsibilities in the Legislative Assembly".

In Great Britain, the following is what goes on in relation to the duties of a Member of Parliament.

"The first duty of a member of Parliament is to do what he thinks in his faithful and disinterested judgement is right and necessary for the honour and safety of Great Britain. His second duty is to his constituents, of whom he is the representative but not the delegate".

On the question of, "What are the duties of MPs?", the following main duties are listed.

1. You'll attend sessions in Parliament and:

2. vote on new laws and policies.

I will not go further into the discussion of the deplorable attitudes by the revolting so-called opinion leaders of NPP in the Kumawu constituency. Today, I have spared them the rod but should they continue with their disgusting threats, I will come down harder on them. Why should we allow every Tom, Dick and Harry, to continually threaten a sitting President, an MP, etc., with "I will not vote for you if you don't do this or that?" This attitude must be discouraged in our economic development and nation building emancipation.