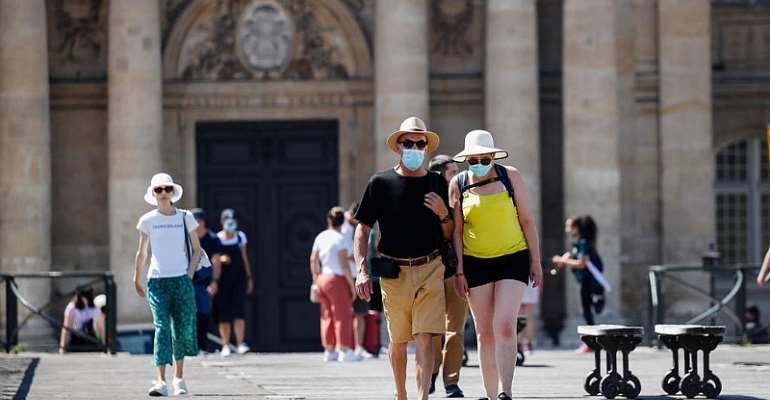 As expected, face masks will become compulsory in France's capital in outdoor crowded zones from Monday morning. The measure will also apply to Paris' surburban zones. Children under 11 will be exempted from the new rules.

The police confirmed that the virus was more active in Paris and its suburbs, with 400 people in the region testing positive for COVID-19 every day.

The 20-30 age group was particularly affected, the statement said.

Paris' left-wingmayor Anne Hidalgo had already called on the police to make masks mandatory in parts of the French capital, notably on the Seine river embankment and in open-air markets.

Since last month, it had already been compulsory to wear a mask in indoor public spaces such as shops

After Norway, Britain thinking of quarantining arrivals from France

On Friday, France reported 2,288 new infections, a stark increase on the daily figure from previous weeks.

The government's COVID-19 scientific council had warned this week that France could 'at any moment' lose control over the spread of the coronavirus.

Developments are being closely watched in Britain, where press reports have suggested the government could add France to a list of countries from where inbound travellers will need to quarantine for two weeks.

On Thursday, Norway said people travelling from France and a handful of other European countries would have to quarantine for 10 days upon arrival, citing an epidemic trend that 'is moving in the wrong direction'.

'Get rich quick' attitude among the youth eroding moral fabr...
34 minutes ago