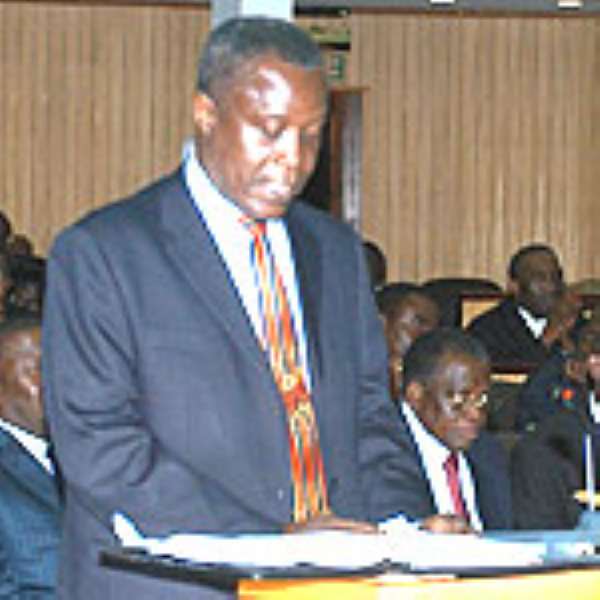 Farmers' income from rubber plantations in the Western and Central Regions are expected to increase by next year following the implementation of a project being funded with German and French grants.

The agreement signed between the two countries and the Ministry of Finance and Economic Planning and Ministry of Food and Agriculture yesterday involved 26.2 million Euros.

Each farmer is expected to earn about 3,600 euros per year from every four-hectare farm size and this would in turn yield 16.5 million euros for the country from the production of 16,500 tons per year of rubber.

Speaking at the signing of the agreement in Accra, Finance and Economic Planning Minister, Mr Kwadwo Baah-Wiredu explained that the Agence Francaise de Developpement (AFD) or the French Development Corporation of France and the German Development Corporation (KFW) of Germany were funding the rubber project under a perennial crops project.

The two institutions are also funding a special programme under the Social Development Fund by providing financial assistance to communities for the execution of demand driven projects.

Mr Baah-Wiredu said under the perennial crops project, the monies would be used to support phase three of the rubber out-growers plantation project and undertake a feasibility study into the replanting of coconut plantations, which were devastated by the Cape St Paul's Wilt Disease in the Central Region.

Another coconut project would be undertaken in the Jomoro District in the Western Region. Some of the funds would also be channelled into oil palm production.

Mr Baah-Wiredu said the funds for the social development projects would be used to promote the school feeding programme, purchase brick making equipment in support of the habitat project, construction of facilities for the District Health Insurance Schemes and to promote vocational and technical school education with special reference to catering for the school feeding programme.

"On the whole, the project would address the goals of the Accelerated Agricultural Growth Strategy (AAGDS), the Growth and Poverty-Reduction Strategy II (GPRS II), Millennium Development Goals (MDGs) and the Food and Agriculture Sector Development Policy through poverty reduction, capacity building and providing higher and sustained incomes for small-scale farmers," the Minister said.

He emphasized that it was necessary to internalise and maintain the projects since the projects had the potential of nurturing employment for the rural people and also to forestall further rural urban migration.

Mr Piere Jacquemot, French Ambassador and Ms Jana Orlowski, a representative of the German Ambassador, signed the agreements with representatives from the AFD and the KFW on behalf of their governments and the two institutions.

Mr Jacquemont and Ms Orlowski expressed appreciation for the collaboration between them and Ghana and said they were hopeful the support would enhance the lives of the people for which they were earmarked.

Mr Ernest Debrah, Minister for Food and Agriculture, said the signing of the agreements was an added demonstration of the good support that Ghana had with the two governments. He said the Ministry appreciated the level of cooperation from the two countries and expressed the hope that the beneficiaries would use the funds effectively.

Beneficiaries of the funds include Non-Governmental Organisations, District Assemblies and Farmers' groups.

Send her to three different hospitals for thorough examinati...
15 minutes ago