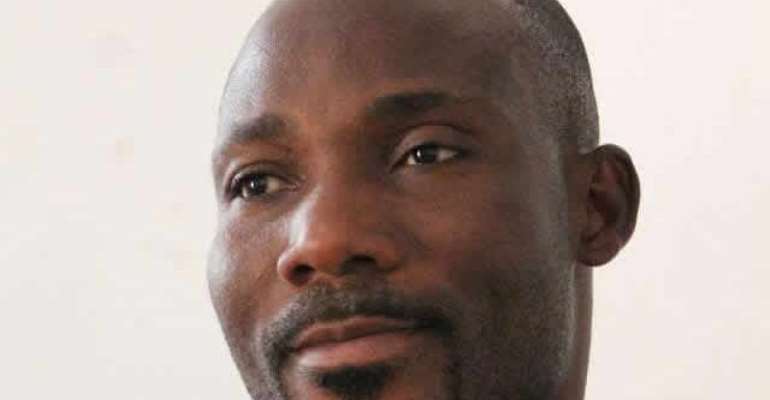 The Volta and Oti Regions have unrepentantly provided the most reliable support base for the opposition National Democratic Congress since the ban on party politics was lifted in 1992 as one of the precursors of the commencement of the 4th Republic.

The Volta Region which until recently included the Ot Region has buoyed in their unchallenged support for the NDC on the account that the party was the brainchild of Flt Lt Jerry John John Rawlings, who as the head of the PNDC junta was made the first Presidential candidate of the NDC going into the first general election in the 4th Republic. The Region(s) support was conditioned on the fact that Flt Lt J.J.

Rawlings whose mother, Victoria Agbotui hails from Dzelukope in the Volta Region was seen as one of their own. He was loved, admired and hero-worshipped by many people who did so unconditionally.

Since that first-ever general election, the NDC has enjoyed the unalloyed support of the people of the Volta and Oti Regions to the extent that some people have pejoratively labelled the region(s) as 'Voter Region' in reference to its overwhelming support for the NDC.

The region's support for the NDC over the years has earned the people of the region hatred, wrath, discrimination, rejection, evictions, dehumanization, opprobrium and name-calling which they continue to live with even though such phenomenon is common in politics even in the USA where there are Blue states and Red states, what often goes unreported is the fact that the support of the two regions is not regionally based. It is national in character.

This means that most citizens from the two regions regardless of where they found themselves in the country tend to vote for the NDC. The NDC's strong base in the coastal belt and parts of the forest regions is a direct result of this support back home.

It is that support back home which transcends migrants of the regions in other parts of the country. Accordingly, at least for every ten people who vote for the NDC in a given general election, five will be of the Volta and the Oti extraction.

This explains why the NDC has a firm hold on seats such as Ashaiman, Kpong-Katamanso, Asuogyaman and others in the Afram Plains areas. It explains the relatively strong votes ( in crude terms) the NDC obtains even in the Ashanti Region.

But how has the Volta Region and in extension the Oti region benefit(s) from this support? How much of development has it brought to the two regions? How has it transformed the living standards of the residents in the regions? Very little, I guess! Over the years, the two regions have been swimming in the vain-glory title of being called the NDC's World Bank. They enjoyed it that one of their own founded the party and some of their people were either in government or at leadership positions in the party. That was sufficient for many people at the time.

They lived in a state of frenzy and excitement over this accomplishment and cared very little about the political dividends of their strong support which some in government fed on having paraded themselves as experts and lobbyists, but who themselves never contested elections nor did any serious mobilization of votes.

But we have come to realize it that this vainglory and pride of identity and ownership of the party has not necessarily translated into transformative development for the two regions. At best, it has only improved the statuses of some few citizens of the regions who ride at the back of the regions' support for the party.

It has only brought some semblance of development. Much can be done considering the level of support the NDC receive from the two regions. Yes, the NDC has done some things for the two regions. These include the construction of the Volta Regional Hospital by Flt Lt J. J.

Rawlings, the establishment of UHAS by the Mills and Mahama governments, the partial construction of the Eastern Corridor roads and some township roads in Kpando, Ho and Hohoe in addition to some generic developments in the form of classroom blocks, CHP Compounds, among others.

It is now time for the people of the two regions to appreciate the hard truth that after nearly three decades of providing the party with their strongest support but with very little gains to boast of, they need to change cause and focus. It must dawn on the people that all politics is about development.

Politics is about interests. People are in it for what they stand to gain, but not just the fun of it. We too must have interests which we must push using our numbers. There are others with interests too. They also hail from areas that require development, so they cannot love us more than we love ourselves.

Every vote must have a purpose. It should be about our roads, jobs, unity, respect for humanity, inclusiveness, education, health care delivery, improvement in living standards among others. Politics should be transactional. The people we vote for gain from the power we give them so we must also gain from our support for them.

That gain must not be limited to mere excitement. It should translate into real and concrete transformative development of our regions.

This must start now; else posterity will be unkind to us. They will quickly and deliberately forget our memory because of the great disservice and injustice we would have done to them.

How do we position ourselves to gain from our votes? First, our chiefs and stakeholders must change their focus too.

We must move away from the silent diplomacy to megaphone diplomacy. We cannot continue to remain quiet over our plights because we think when we do so, we are embarrassing our government.

We must learn to make productive noise about the pitiful states of our two regions. It should not be too difficult for us to do demonstrations, picketing and other forms of civilized protests to drum home our feelings and frustrations against the party and government we give our votes to.

Further, our chiefs must have development blueprints available at their palaces and present same to the politicians who will visit to solicit the support of their people. The politicians must be made to make commitments regarding specific development for that specific area or the region as a condition precedent for the people's votes.

Also, our caucus in Parliament should position themselves for the attraction of development to the region especially when the favourite party of the overwhelming majority of the people in the regions is in power. Theirs should not be limited to the grabbing of few deputy ministerial positions and board appointments. It should be about real developments back home.

Furthermore, our chiefs, representatives in government and MPs and party executives must leverage on our numbers as our bargaining chip. That is our resource, and we must parade it. We must tell the politicians especially those in the party our people mostly vote for that we also deserve a seat at the meals table. We should tell them that we are not happy feeding on crumps all the time.

We should tell them that we are deserving of the beautiful markets, affordable housing schemes, industries, sustainable jobs, and opportunities in the security services and the public service as well as scholarship opportunities.

We must tell them that we are also qualified for the juicy positions in GNPC, GRA, NCA, ECG, TOR and GPHA which are often reserved for lobbyists. These must not remain a preserve of some gangs, brotherhoods, caucuses who parade themselves as lobbyists, political entrepreneurs and profiteers having laid claim to expertise even though they do not bring much to the table.

We must not allow such brotherhoods to continue feeding on our toil and sweats even though they hate our legacy and nature, but pretend to love us just because of our votes for their candidates. Let our people realize it that politics must be about development.

It should not just be about positions to some few individuals from our regions. If/when the party the majority of our people vote for does come back to power in the future; we must be bold and demand our fair share of the national cake. Yes, our people are angry. The youth are angry, but we must demonstrate enough anger at the people we give our votes to.

Others are benefiting, so we who lay the golden egg must be seen benefiting more, but not the few profiteers and political entrepreneurs and investors who after enjoying all these largesse of power lay claim to sainthood and take credit for every success in the party our people vote for.

How long must we pride ourselves in the empty and vain glory title of being referred to as the World Bank? The World Bank title must translate into development commensurate with the name, but not rural or community bank kind of development.

Let us not limit ourselves to generic developments in the form of provision of classroom blocks, health facilities, small markets, NHIS, and LEAP beneficiaries which every region benefits.

We must push for tailor-made developments in the form of industries, good roads, scholarship opportunities, affordable housing schemes, investment into agriculture and agri-business, improvement of transportation, modern markets, and fishing harbour, among others. The educated elites and the middle-class people of the region must use their knowledge, skills and influence to lobby for development.

They must use their pens and figures in expressing the aspirations of our people. The time is now!

Let's not be too angry when the party we did not vote for is seen developing the areas they obtained their votes because they will return to them in the future for a renewal of their mandate. Yes, governments are enjoined by the 1992 constitution to provide development at all parts of the country. I think they do that largely in the form of generic development.

The writer, Gborse Nicholas Mawunyah, is a writer and conference speaker on topical issues in education, political-history, school leadership and innovations.