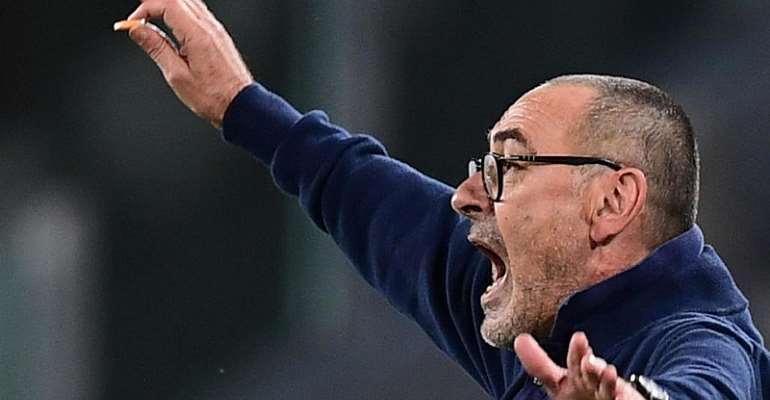 Despite Cristiano Ronaldo's double in a 2-1 home win on Friday, Juve fell 2-2 on aggregate to the French club, ending their quest for a title they last won in 1996.

"Maurizio Sarri has been relieved of his post as coach of the first team," the nine-time reigning Serie A champions said in a statement.

Sarri, who is 61, replaced Massimiliano Allegri last season, after leading Chelsea to success in the Europa League.

"The club would like to thank the coach for having written a new page in Juventus' history with the victory of the ninth-consecutive championship, the culmination of a personal journey that led him to climb all the divisions of Italian football," the team said in a statement.

Despite leading Juve to a ninth straight Scudetto, his first as a coach, Sarri paid for the club's failure on the European stage.