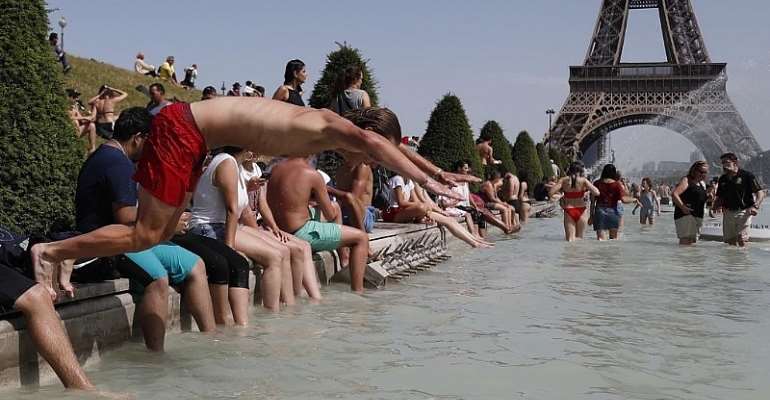 The French capital and nine north-central departments have been placed on the highest level of heatwave alert, with 53 other local government areas from the Pyrenees to the Belgian border warned that they face orange alert conditions.

France has used the red heatwave alert only twice before, both times in the summer of 2019.

The national weather forecaster has warned that sustained high temperatures mean that there is a serious risk of illness and death for persons considered fragile. And that risk is to be considered against the background of the on-going Covid-19 health crisis.

Friday saw most of France baking in temperatures of at least 35 degrees Celsius. There were several local peaks above 40°.

Unlike the previous week's sudden but short-lived surge in temperature, this heatwave is forecast to last for several days, probably until Tuesday.

Only the Atlantic and Mediterranean coasts, and the Alps, are likely to escape extremely hot conditions.

Stormy conditions are forecast for the middle of next week, followed by a cooler period.

The current heatwave is likely to be less intense than those of 2019 and 2003, and shorter than the 2003 episode which saw a surge of 15,000 in the number of heat-related deaths. The all-time temperature record for mainland France was set last year, at 46°C.

Because heatwaves and air pollution are linked, particularly in the quantities of atmospheric ozone and other particles which remain blocked by static air masses, those persons most at risk from respiratory complications due to Covid-19 face a double threat.

Road traffic restrictions were imposed in Paris on Friday, and in the city of Lyon on Saturday.

"France is doing well," said the health minister, Olivier Véran, referring to the twin threats posed by Covid-19 and extreme temperatures. "It's up to the French to keep doing their best."