If Anybody Says Mahama Will Cancel Free SHS That Person Is A bloody Liar, I'll Fix Its Poor Implementation — Mahama 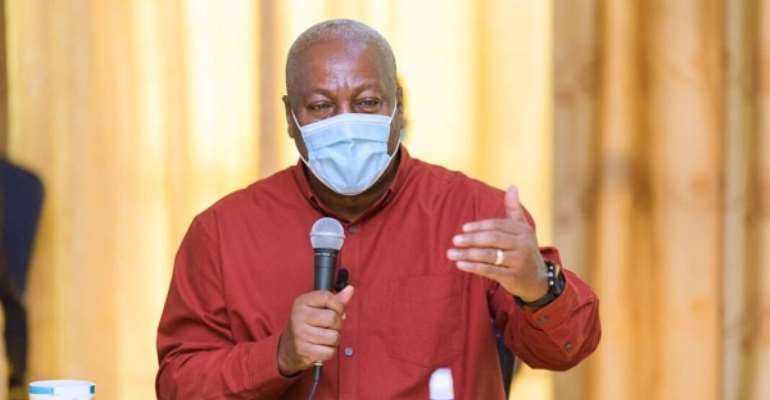 Free senior high school education is here to stay, former President John Dramani Mahama has said, indicating that he will fix the poor implementation of the policy to make it better.

The former President says he has no intentions of scrapping the free SHS policy as being peddled by his opponents.

What he intends to do, he explained, is to fix the problems that have bedevilled its implementation.

“Free SHS has come to stay”, Mr Mahama told people in the Northern Region where he is touring.

“If anyone comes to you that I, John Mahama, the son of E.A. Mahama, is going to cancel free SHS, tell that person he or she is a bloody liar”, he said.

“What I am against is the poor implementation that has put a lot of burden of parents,” Mr Mahama explained.

“What the next NDC government will only do is to improve on its implementation. We will ensure that we put up more infrastructure to accommodate all the students and abolish the double-track system so that they can all go to school at the same time,” he added.

The free SHS policy was a major campaign promise by President Nana Akufo-Addo ahead of the 2016 elections.

He had it implemented in 2017, the first year of his first four-year term.

I’m confident NPP’s next flagbearer will win 2024 elections ...
14 minutes ago

Akufo-Addo is serving in Ghana’s interest ‘irrespective of u...
14 minutes ago