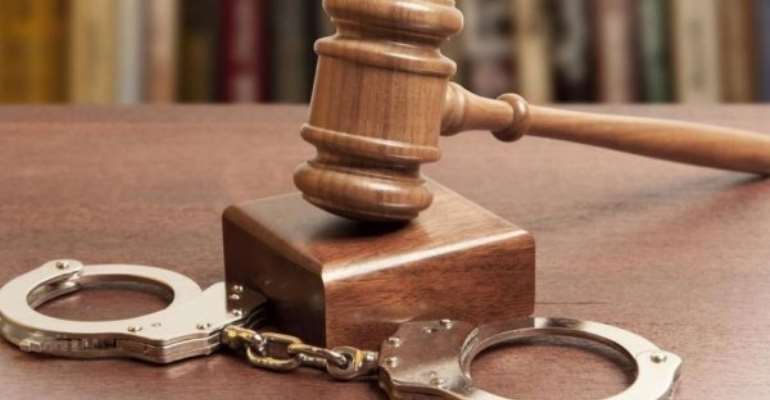 A 42-year old businessman has appeared before an Accra Circuit Court for allegedly robbing a man of $200,000 and possessing an AK 47 rifle and two foreign pistols.

Mohammed Umar, aka Baba Guntu charged with robbery and possession of firearms without lawful authority, has pleaded not guilty.

Umar has been admitted to bail in the sum of GHC500,000 with four sureties to be justified.

He is to reappear on August 31 before the court presided over by Mrs Evelyn Asamoah for Case Management Conference.

According to Chief Inspector Tekpetey, accused has series of cases against him and therefore the Police would need him in their custody to assist in investigations.

Prosecution explained that the Police did not want to infringe on the 48-hour rule hence produced the accused person before court.

He said when he is remanded, all other matters or issues against him would be investigated.

According to Mr Abarigah, Umar has four wives who were also present in court and there was no way he could abscond.

Defense Counsel held further that, Umar is a resident of Ashiaman and he has relations who are willing to stand as sureties.

He said his client is now presumed innocent until he is proven guilty by a court of competent jurisdiction or he (accused) pleads guilty.

Defense Counsel said the court in granting his client bail should set out conditions that would compel Umar to appear to stand trial.

Prosecution said during the month of April 2018, Umar and one Iddi Kankansu, now deceased, and Kwame Takyi aka Haruna Owuo armed themselves with an AK 47 rifle and foreign pistols and attacked One Samuel Ankrah, Ghanaian resident in the US at Dallas Court at East Legon.

The Prosecutor said the accused and his accomplices robbed Mr Ankrah of his wallet containing assorted foreign currencies, a Roger Foreign pistol and cash in the sum of $200,000.

On November 20, last year, Prosecution said, Takyi was arrested in an attempted robbery at Sukura Takyi. After the incident, he hid the rifle, but Umar went for it and same was sent to another place.

Again, prosecution said when Umar heard about the death of Kankansu, he visited the deceased home and collected a foreign made pistol.

Prosecution said when Umar realised that the Police was closing up on him, he relocated from Ashiaman Asutware area. Following his alleged involvement in land guard activities, the accused was picked up by the Police on August 3, this year.

Prosecution said efforts were underway to retrieve the AK 47 rifle.