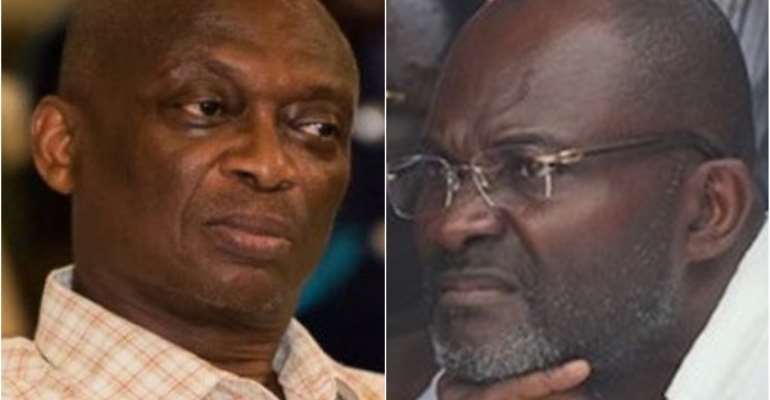 The High Court in Accra on Friday, August 7 dismissed an application for stay of execution brought by Member of Parliament for Assin Central, Mr. Kennedy Agyapong against a defamation suit won by the Editor-in-Chief of the New Crusading Guide newspaper, Abdul Malik Kweku Baako Jnr.

Mr. Agyapong had asked the High Court, presided over by Justice Afia Serwah Asare-Botwe, to stop Mr. Kweku Baako from demanding from him GHS100,000 damage and cost of GHS30,000 as well as retraction and apology on all the platforms he used to defame the veteran journalist.

“After assessing the entire case of the applicant, I see no exceptional circumstances or demonstration of any peculiar error resulting in a substantial miscarriage of justice, such as would merit the grant of the instant application for stay of execution.”

“This court is even more fortified in its position considering the fact that the parties’ lawyers have had the entire proceedings of the court made available to them, even before they were required to file their written submissions, and as such, they have had the chance to thoroughly study the record. Clearly then, they are in pole position to raise any arguable points in the appeal and in support of this application. This Counsel for the applicant has failed to do the satisfaction of the court,” the ruling from Justice Afia Serwah Asare-Botwe and sighted by citinewsroom.com stated.

By this ruling, the court is insisting that Mr. Agyapong must within 30 days retract and apologise three times on the platforms he used to tarnish the image of Kwaku Baako.

In addition, the court has also asked the Assin Central legislator to pay an extra GHS3,000 for bringing an unmeritorious application to the court.

Kweku Baako in his suit complained that Mr. Agyapong in July 2018 made some defamatory comments against him on some radio stations, including his own media platforms Net2 TV and Oman FM.

Mr. Baako said the MP accused him of being corrupt, being a hypocrite, dishonest among others.

The said allegations were after Anas and his Tigereye PI team aired the galamsey scandal investigative piece.

The veteran journalist who was unhappy with the allegations made by the Assin Central MP demanded GHS25 million in general damages from Kennedy Agyapong.

Kweku Baako also wanted the court to order Kennedy Agyapong to retract such utterances and render an unqualified apology to him.

The Accra High Court hearing the case, today, Friday, June 26, 2020, gave Mr. Agyapong 30 days to retract and apologise to Kweku Baako three times on the platforms he used to defame the veteran journalist on.

Instead of the GHS25 million demanded by Kweku Baako, the court awarded GHS100,000 damages instead and a cost of GHS30,000.