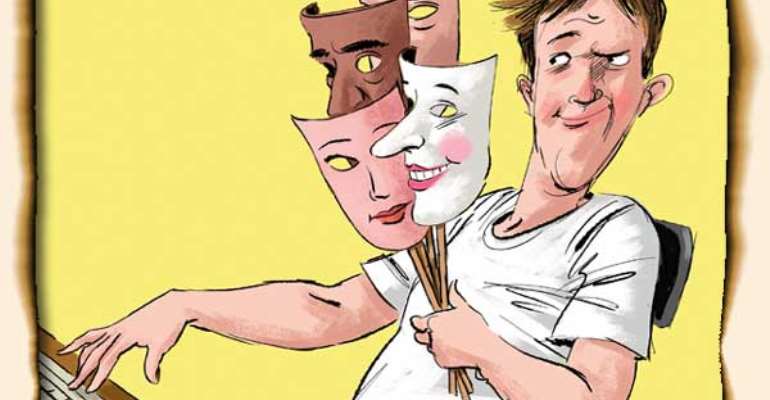 A middle-aged man, who gave his name as Isaac Appo, was on Friday arrested by security men at the Teachers Hall in Accra for posing as a journalist.

Appo arrived at the premises, passed by the security personnel, and entered one of the halls where the Value Added Tax Service Senior Staff Association (VATSSA) was holding a colloquium.

A security man who recognised him as someone who had posed as a teacher at another programme at the hall and who had been cautioned to desist from the practice, placed surveillance on him and later questioned him.

Appo introduced himself as a freelance journalist but when challenged, he said he was a teacher.

When challenged further, he now said he was a student at the Kwame Nkrumah Circle campus of the TransAfrica College of Journalism.

Angered by his imposture, the security man gave him a slap on the face after which Appo began pleading to be left alone, promising not to repeat the act.

Some agitated journalists at the programme asked the security men to “take action” against the impostor, explaining that the journalism profession had been infiltrated by impostors who dragged its name in the mud.

The security men explained that in the past few months participants in various programmes at the hall had had their items such as mobile phones and purses stolen.

They said, therefore, they had become vigilant and were ready to deal with people of doubtful character.
Stealing of items at programmes have become rampant not only at the Teachers' Hall but at programmes held anywhere in the capital.

Last year, at a seminar at the M Plaza Hotel in Accra, which this reporter attended, a facilitator from Europe had his laptop stolen just when the seminar had ended and participants were getting ready for a cocktail reception.

At a workshop at the Trade Fair centre last year, some participants had their mobile phones and laptops stolen. All attempts to find the thief proved futile.

At another workshop at the Osu Ebenezer Presbyterian Church Hall, a well-dressed gentleman was caught looking into the bag of a female photo journalist when she left her seat to take pictures .

Greater Accra now the most populous region in Ghana with 5,4...
5 minutes ago

Free visa for Ghanaians traveling to South Africa by end of ...
6 minutes ago