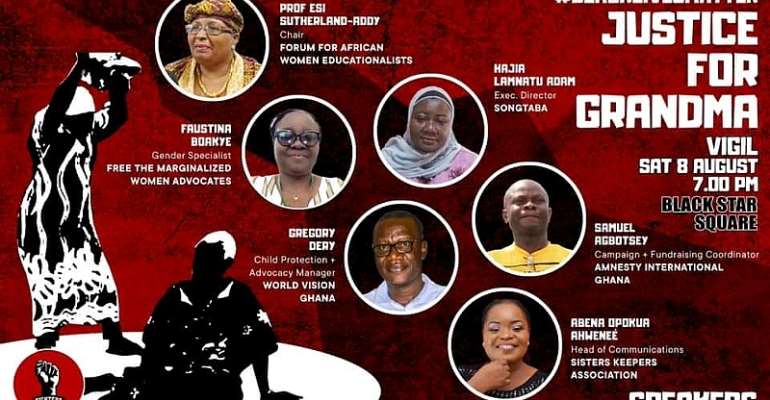 The vigil was planned to honour the memory of the late 90-year-old Ekua Denteh who was accused of witchcraft and lynched in broad daylight at Kafaba in the Savannah Region.

According to the pressure group, they have served notice to the Police authorities on July 28 via Ghana Post and the letters were delivered to them on August 1.

However, the leadership of the EFL was only invited yesterday, August 7 at about 4:30 pm to sit with the Accra Police Command to discuss the planned vigil.

The outcome of the meeting did not favour the group as they were denied the right to hold the vigil.

In a letter from the Police authorities and signed by Greater Accra Deputy Regional Commander, E.A Sakyi, the vigil could not behold because it is against measures put in place to counter the spread of COVID-19.

Check the letter below; 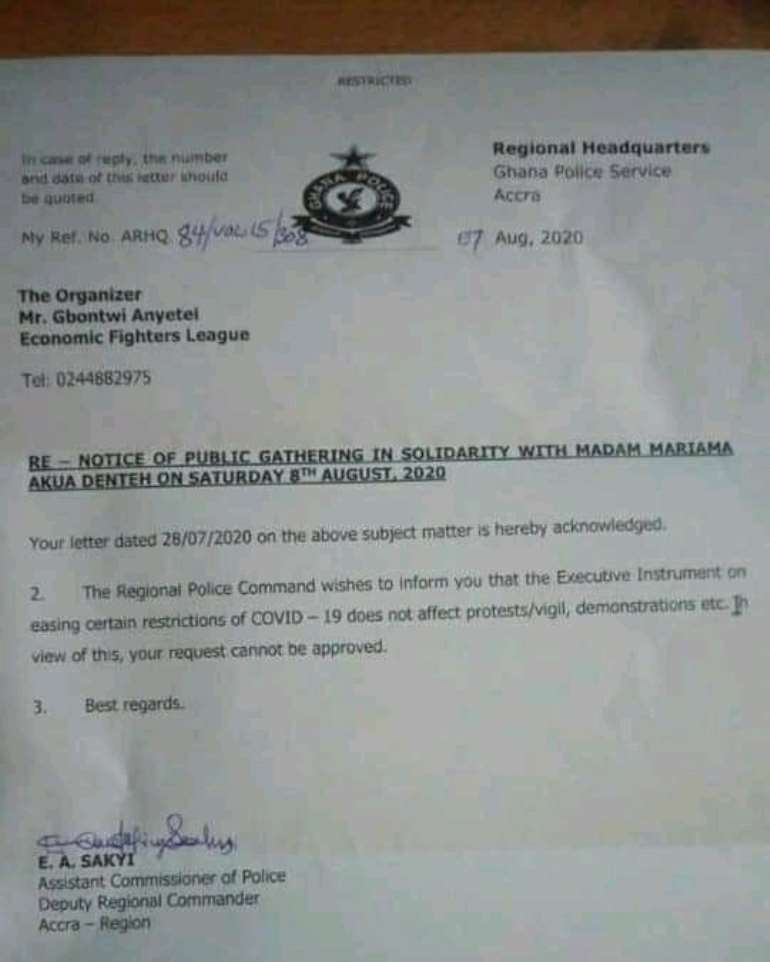