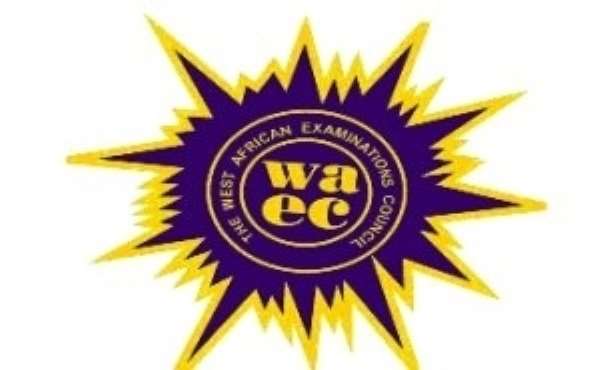 Final year students of Bright Senior High School in Akyem Kukurantumi in the Abuakwa north municipality who were allegedly assaulted and intimidated by invigilators leading to a scuffle have finally spoken to the issue.

According to the tormented candidates, the actions and inactions of invigilators fueled the clash between some of the students.

But in an exclusive interview with some of the student (victims), they expressed shock at the attitude and conduct of the invigilators as they were emotionally traumatised.

A male student explaining his experience Nsemgh said, he was physically assaulted by a private security guard deployed to the centre after asking permission to visit the washroom.

Bruises were found on his nose and had a doctor's form to prove his allegations.

Another young lady also narrated a male invigilator looked on her nakedness as she was changing her menstrual sanitary pad.

"I went to the washroom to change my sanitary pad and to my surprise, a male invigilator pounced into the place while I was naked. Can you imagine he looked on as I change myself to dress?" she complained bitterly.

"In fact, I was a bit frightened of the paper. So immediately the question paper was placed on my table, I had my menstruation and therefore asked for permission to go out and change. However, the security man prevented me from entering the hall and therefore I could not write the paper" another female candidate shared her ordeal.

Meanwhile, students have indicated they are emotionally and psychologically fit to write the rest of the papers at Ofori Panin Senior High School (OPASS), despite the relocation of the examination centre.

"We are ready to write the exams and we are confident of passing well to encourage and also boost the morale of our Principal and hardworking teachers" they added.

However, the students have rendered an unqualified apology to President Akufo-Addo, ministry of Education, Ghana Education Service, the media and the general public for their misconduct, pledging not to repeat it again.