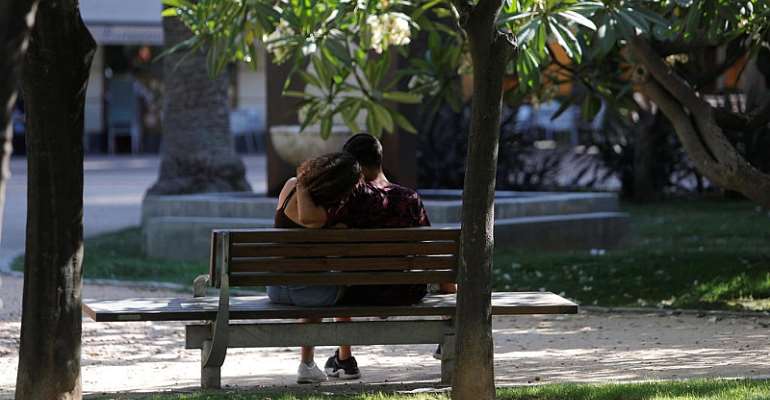 Unmarried couples who have been kept apart for months by the Covid epidemic say they feel abandoned by the French government and have urged the Paris authorities to honour a promise to reunite them.

Jeantricia Lyly last saw her boyfriend Harrel in February, when she left France to return to Turkey.

Her plans to join him in Lyon for the summer were scuttled when international borders closed as the coronavirus pandemic spread worldwide.

"Today was meant to be our anniversary," she says by phone from Istanbul.

The couple first met in Gabon in August, 2019.
"I was planning to prepare a small dinner, something sweet and simple."

Instead, the 24-year-old political science student has been left counting the days until they can be together again.

"It's been 173 days so far. I was expecting that by the end of July, everything would be okay and that at least I could be with him maybe on 3 August," she told RFI.

False hope
Her hopes were raised this week when the French Minister for Europe and Foreign Affairs Jean-Baptiste Lemoyne announced that a "dedicated solution" would be found for thousands of couples separated by coronavirus-related travel restrictions in the coming days.

Couples say they are still waiting.
Thousands of them have turned to social media to petition their governments for understanding as the pandemic passes the half-year mark worldwide.

Their message is often delivered under the hashtag: "love is essential" or "love is not tourism".

Many binational couples are unmarried and have partners without formal residency, who often visit as tourists.

While Lyly has been barred from entering France due to the Covid-19 restrictions, her French partner Harrel, of Gabonese origin like her, is still able to travel freely to Turkey.

"He can come to Turkey because Turkey has no restrictions towards any European country," she says, but admits this is not a solution either.

Sweetheart visas
"I live on a campus for girls, when he comes here to Turkey, it's a little bit difficult for us to find a place to stay," she says of the Muslim-majority country, where unmarried couples are frowned upon.

The European Commission, the bloc's executive branch, on Friday threw its weight behind the cause, urging all EU countries to allow the entry of unmarried partners of European citizens and residents into the EU without delay.

A few European countries including Austria, Norway and Denmark, have heeded the call, introducing "sweetheart visas" that exempt couples from the travel ban. Germany on Friday became the latest member state to announce that it would enable couples separated by Covid restrictions to be reunited from next week.

Lyly and many other separated couples in France are waiting for similar clarity from the French government.

"We were expecting some news at least this week, that they would say okay next week we're going to come up with the documents stating what you people need to do, but there's been nothing and now we just feel abandoned."

Fighting for love
Stuck in limbo, Lyly and her partner have tried to gather documents to prove the veracity of their relationship.

"Right now, I'm just trying to collect all our souvenirs: receipts, flight tickets, pictures and messages because I'm trying to prove that I'm in a relationship," she insists.

Her only comfort is knowing that she is not alone in her fight for love and that thousands of couples around the world are also trying to conquer the divide.

"Every single day you check your phone, Twitter, Facebook, expecting some news," she says, admitting that the worry has taken a toll on her health.

"Today, I woke up and I felt so depressed because I've been stressed the whole time."

Time apart however has made Lyly realise how lucky she is to be with her Harrel, even if they won't get to celebrate their anniversary together.

"I wrote him an email telling him a few reasons why I'm really happy and that I'm sorry I couldn't make a better surprise but I hope we will meet soon," she said.

Any reasonable government will prioritize the abandoned proj...
21 minutes ago