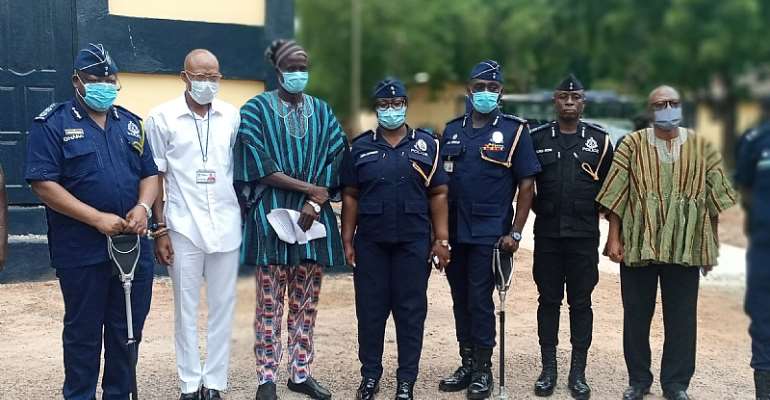 The Inspector-General of Police Mr. James Oppong-Boanuh has said the Police administration will soon begin new promotional criteria for Police officers who accept postings to the northern part of the country.

He indicated that, under the new model, Police officers who accept postings to Northern Ghana will be promoted within three years of service whiles Police officers in other parts of the country will serve four years before promotion.

At a ceremony in Tamale to commission the regional Police conference hall and also inaugurate the Northern regional Police band, the IGP said the new model is to motivate more personnel to the North to augment the limited numbers in that part of the country.

He, however, indicated that the crime rate in the Northern region continue to reduce in the past months and attributed same to the good Police-public relations, enhanced operation calm-life patrols, and increased snap checkpoints within the region.

The IGP said the presence of the Police band in Tamale will help in strengthening the relationship between the public and the Police and also support public education efforts on security.

Mr, James Oppong-Boanuh added that the Northern regional Police band will also be used for national events held in the region and other adjoining regions and entertain the people with good music.

The Northern Regional Police Commander COP Bonga Yoosa, giving a background of the conference hall said the project was first started in 2016 by his predecessor COP Isaac Ken Yeboah with personal contributions from Senior Police Officers under his command.

He appealed for support from the public to enable the command complete its church project, which is a non-denominational church to enable Police officers within the region to build their spiritual faith.

The Metropolitan Chief Executive for Tamale Iddrisu Musah Superior in an address commended Police officers in the region for working tirelessly to maintain peace in the region.

He indicated that the just-ended EC registration exercise has been peaceful in the region largely due to the vigilance and presence of Police personnel at the various centres.

He encourages them to continue with their yeoman’s service to mother Ghana.

Gov’t in the process of buying bigger presidential jet – Eug...
33 minutes ago