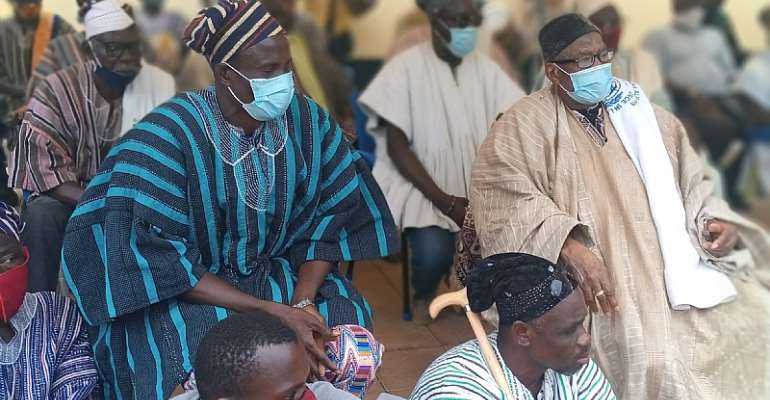 The Paramount Chief of Gukpegu Traditional Area, Gukpenaa Alhassan has expressed worry over what he described as an overburdened, challenged, and under-resourced Police service in the Northern region.

Speaking at an event in Tamale, attended by James Oppong-Boanuh, the IGP, Gukpenaa Alhassan lamented that, challenges confronting the Police in the region were enormous and these have kept the Police in a dire situation.

“Looking at the barracks from afar, you will know that the barracks are overcrowded as personal belongings of officers, which should have been in their rooms are kept on the verandahs at the mercy of the weather."

He indicated that it will be difficult to maintain security, law, and order without basic resources.

He appeales to the IGP and the government to immediately resource the security in the region to enable them effectively conduct their activities in the region ahead of the December 7 general elections.

The Gukpenaa Alhassan said he is aware of interference in the work of the Police from some traditional leaders, politicians, and some opinion leaders and urged the Police to always quickly arraign suspects before the courts to avoid receiving orders from persons above.

He also indicated that the Gukpegu traditional council has reserved lands in various communities for the construction of Police stations to help fight crime.

Responding to the concerns of the Gukpenaa, the IGP James Oppong-Boanuh assured that a special team will be sent to the region to initiate processes towards the acquisition of the lands for police purposes.

The IGP also urged his police men and women in the region to be highly professional and impartial in the discharge of their duties during the December polls.

“We have to follow laid down procedures to police the ballots and protect lives and property. We must act on every complaint and we must do so speedily to clear the doubts of critics,” IGP emphasised.