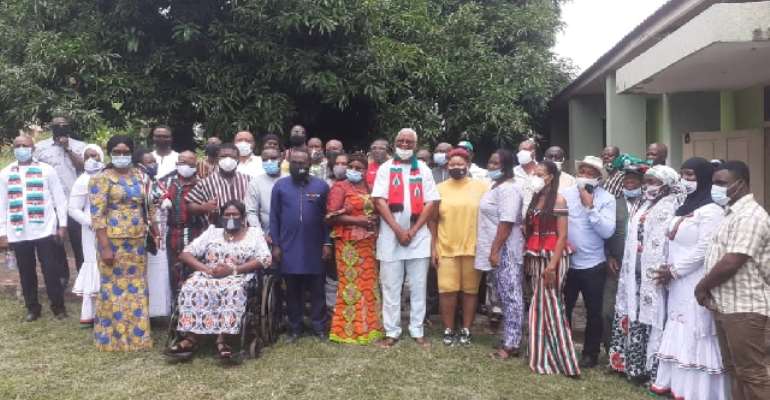 The flag bearer of the opposition National Democratic Congress (NDC), Mr John Dramani Mahama, has said the party is on a rescue mission and to also restore the confidence of Ghanaians.

According to the former President, a rescue mission by the party will help in salvaging the soul of the country, which, in his view, is being destroyed by the Akufo-Addo government.

The NDC flag bearer made the comments in a speech read on his behalf by a Deputy General Secretary of the party, Mr Peter Boamah Otukonor, at the launch of the party’s campaign in the Volta Region on Friday, 7 August 2020.

Mr Otukonor said: “The soul of our country is being destroyed; this is a rescue mission which will help save the soul of our country. Comrades, we have been tasked by destiny with nothing less than pulling Ghana back from the verge of disaster. We are faced with executing a rescue mission to alleviate the hardship and the suffering of our people”.

“It is a rescue mission to halt the corruption and collapse of our democratic institutions, and to restore hope and confidence in the future.”

He urged the campaign team to work hard to ensure victory for the party in the December 7 polls by exhibiting the core functions and purpose of setting up the team.

Mr Otokunor also advised the supporters of the party, to do away with things that will not help their Fquest for victory.

For his part, the Volta Regional Chairman of the NDC, Mr Henry Ametepe, called on the leadership of the party to ensure effective disbursement of the party's resources for campaign activities.

He further blamed the party's defeat in the 2016 elections on the lack of inclusiveness and proper coordination of campaign activities and resources.

“One of the things I want to leave for the national [leadership is that], we lost the election in 2016 because of lack of inclusiveness; constituency executives will come to meetings only to be told that this item has been given to the PC [parliamentary candidate]. It should never happen in my administration.”

Thirty-one members were inaugurated to champion and spearhead the 2020 election campaign across the Volta region and will be led by Mr Henry Ametefe.

A delegation from the national headquarters of the party led Mr Otukonor is also expected to launch the Oti regional chapter.