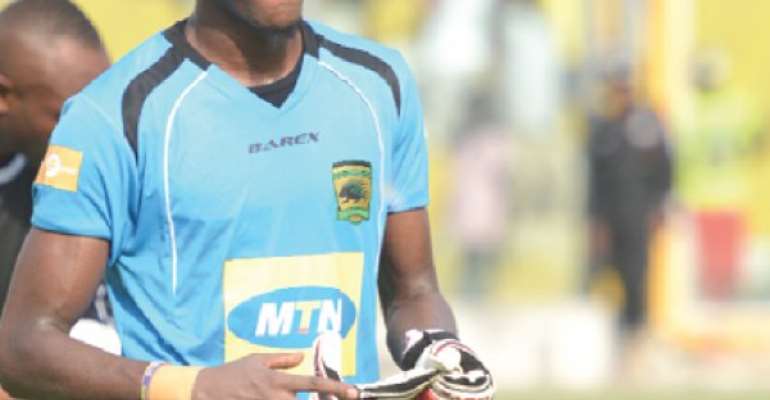 Asante Kotoko goalkeeper, Felix Annan has rubbished claims there is a rift between the former captain of the Black Stars, Asamoah Gyan and the current captain Andre "Dede" Ayew.

According to him, it always beats his imagination anytime he hears stories about the two not being on good terms because he does not see it that way.

Over the years, it has been speculated in the media that there was a rift between Gyan and Ayew, however, the Asante Kotoko goalkeeper thinks otherwise.

The Black Stars goalie told the GNA Sports that, “when I joined the Black Stars camp, nothing showed the two players had an issue".

He said, “for me, I don't know where that is coming from and I don't know why people keep saying that those two have a problem but for me, I have not seen something like that".

Annan added that during their last AFCON in Egypt, the two players were always seen together chatting and having fun and even sat together at the dining hall to have meals which according to him does not depict two people having issues.

When asked whether he has a favorite player in the team, he said “when I joined the Black Stars, I was warmly welcomed by my teammates therefore it will be difficult for me to single out a Black Stars player as my favorite because they were all nice to me.”

The intelligent goalkeeper, with superb aerial control, earned his debut call-up to the Senior National team in 2018 when Ghana was preparing for the 2019 Africa Cup of Nations (AFCON) qualifier with Sierra Leon.