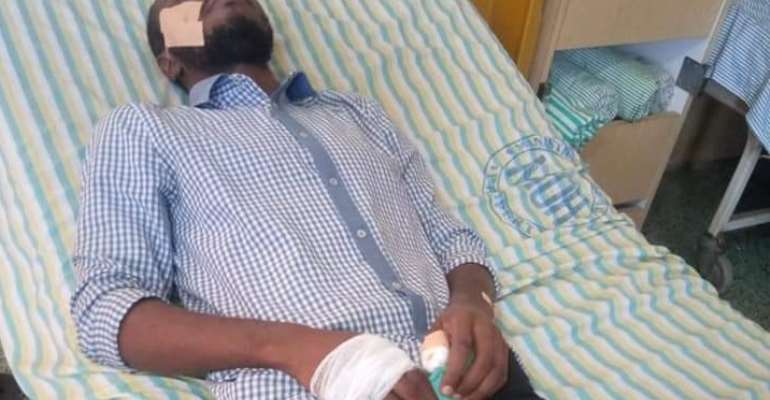 The Police at Ajumako-Beseasi in the Ajumako-Enyan-Essiam District of the Central Region have mounted a search for eight hooligans suspected to have assaulted three registration officials and one resident in the area.

The dreaded hoodlums, wielding cutlasses, guns and other offensive weapons, physically assaulted the three people at the Christ Apostolic Church Voters Registration Centre at Ajumako-Beseasi, creating fear and panic among the applicants.

Central Regional Police Public Relations Officer Deputy Superintendent of Police (DSP) Irene Serwaah Oppong, who confirmed the attack on Thursday, gave the assurance that the perpetrators of the crime would be brought to book to deter others.

She said on Wednesday, August 5, at the said Registration Centre, Kwabena Seidu, a registrant, reported to the police at about 1400 hours of physical assault on him by a group of men numbering about 15.

Seidu alleged that he was attacked together with seven others.

He said in the course of the unprovoked attack, the thugs caused severe damage to the tent hosting the EC registration officials among other things.

They also threatened to cause mayhem if the exercise was not discontinued.

Thereafter, the registration officials proceeded to the police station to make an official complaint and police reinforcement was sent to the centre to maintain law and order.

DSP Oppong said all the eight persons assaulted were given police medical forms to seek treatment and assured that the police had mounted a search and investigations into the matter to arrest the perpetrators.