Isaac Dogboe Trolled On Twitter For Disrespecting A Sports Journalist 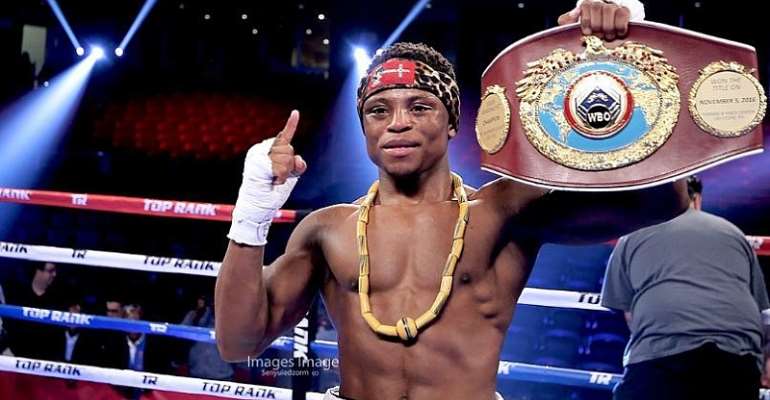 Ghanaian boxing talent, Isaac Dogboe has been backlashed by lot of Twitter Users for disrespecting a well known Ho based Sports Journalist, Eric Eli Adzie who over the years has been supporting the boxer.

The whole thing started after a simple and unharmful comment which reads in part by the GBC's Volta Star Radio Sports Journalist noted, "I have been bothering myself to ascertain why Isaac Dogboe is well loved by his people in the Volta Region but he has less media interactions with them."

Reacting to the journalist's comment, Isaac Dogboe said he does not want anything tribalistic on his timeline and described the Journalist's friendly comment as bulls***t.

Dogboe arrogantly continued his rant by referring to a young lady who also tweeted at him saying; Eric's comments has no element of tribalism in it; as old woman.

The young boxer further countered every friendly comment tweeted at him with harsh words which most people saw as distasteful.

However, some Twitter users who saw the tweets could not hold back their fire as they descended on the boxer.

Below are few tweets;