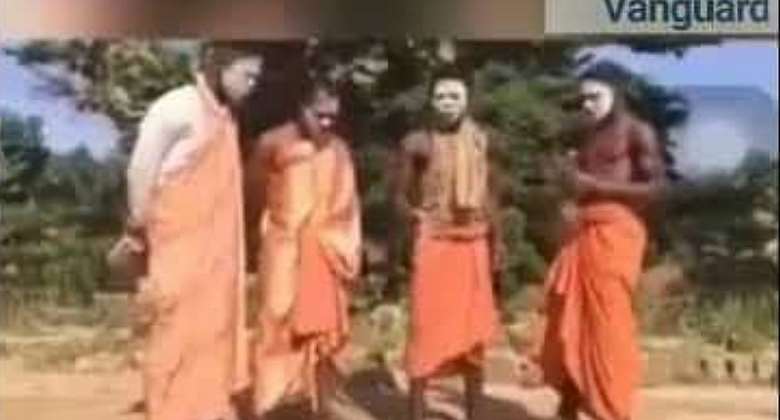 The unidentified students, who are all clad in red pour libation on the ground as they rain curses on the President whose Free Senior High School Policy they are beneficiaries of.

According to the students, they have been in school for three years and were given past questions from 2013 to 2019 to solve only for them to be slapped in the face with questions they are not expecting.

The students were further heard in their native Twi language at the latter part of the video saying "John Mahama should come back."

There has been widespread vandalism being exhibited by some WASSCE candidates in some SHSs citing strict invigilation by examination officers and tough questions.

In some schools, students vandalized school properties as they protest against authorities for the tough invigilation stance of some invigilators.