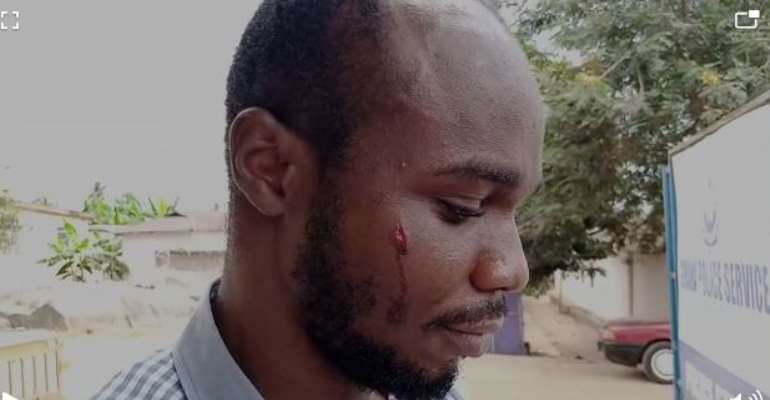 A reporter with Daily Graphic in Koforidua the Eastern Regional Capital Damalie Emmanuel Pacome has been attacked by students of Bright Senior High School in Akyem Kukurantumi.

The students holding Knives, cutlasses sticks, stones chased the Journalist who was in the school to verify report of an attack on invigilators by the students’ candidates of Bryt SHS.

They accosted and seized his mobile phone in the school. Sensing danger, the Journalist took to his heel for safety but was pursued for about 15 minutes by the mob of students from the school towards Kukurantumi township.

Some of the students jumped on a motorbike to cross the Journalist on the way and hit him several times with sticks, seized his bag, and attempted to lynch him but a Commercial driver rescued him into his vehicle while the rampaging students continued hitting with the stick.

The Journalist is badly injured with cuts on the face and part of the body.

The journalist has lodged an official report at the Kukurantumi Police station where he has been issued Police Medical forms for treatment at the Community Hospital at Akyem Kukurantumi.

Kasapa News Eastern Regional Correspondent Kojo Ansah reports that the students were heard saying “we have paid Ghc6000 bribes each you Journalists want us to fail. We will beat you up”.