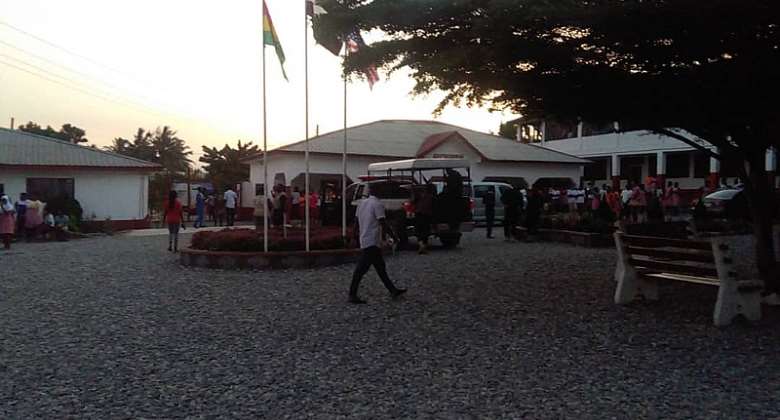 The proprietor of the Bright Senior High School at Kukurantumi has been accused of inciting students of the school to attack officers of the West African Examination Council (WAEC) overseeing the ongoing West African Senior School Certificate Examination (WASSCE).

The proprietor of the Eastern Region school, Bright Amponsah, was reportedly upset the officials had tightened security during the examination.

The attack left some of the officials and a journalist wounded and hospitalised.

Nii Djan Mensah, the WAEC official supervising the Kukurantumi and Tafo Zones, explained that vigilance had been heightened because of purported malpractices being supported by teachers of the school.

Mr. Mensah recounted that on Monday when the integrated science paper was being written, he discovered some evidence of cheating in a urinal in the school.

Then in one of the exam halls, he says he also found foreign materials under the desk of one of the candidates though the invigilator, one of the teachers in the school, pretended not to see it.

Mr. Mensah said he then tried to retrieve the material and “before I realized, he had put it in his mouth and he started chewing it.”

“After he chewed it for some time, he removed and threw it away and then bolted,” he added.

WAEC also had suspicions that there were impersonators “so we decided to go around with verification devices.”

At this point, Mr. Mensah said the proprietor ordered the candidates to stop writing the exams.

“Before we realised, the students had surrounded us. Once they surrounded us, then [the proprietor] gave them the command to beat us. Then they started beating us.”

A national service personnel with the Daily Graphic covering the incident was also a victim of the violence.

The reported, Emmanuel Pacome, is currently on admission at the Tafo Government Hospital.

He told Citi News he was running for safety with students in pursuit.

“They jumped onto motorbikes and crossed me with crowbars and stones… they were shouting I was a thief so nobody wanted to approach me [to help]. They were beating me with sticks.”

Other WAEC officers were attacked by the students when they tried to secure video evidence.

“While they were attacking we were videoing so he [the proprietor] told the students to take our phones because he didn’t want any evidence of them attacking us.”

This was the latest incidence of violence in schools during the WASSCE because of stringent security.