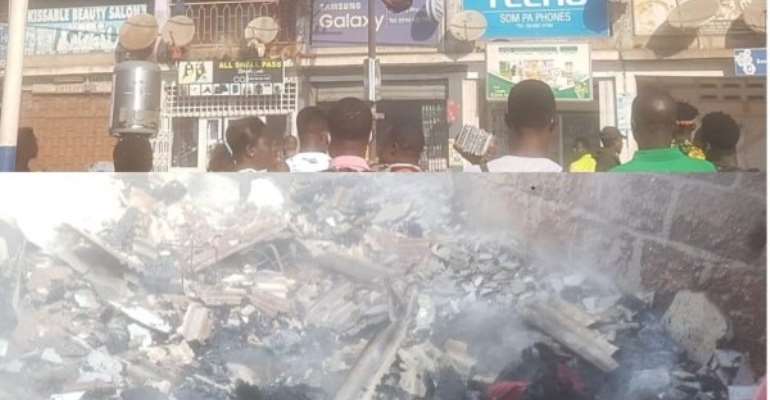 Fire has destroyed three stores around the Tarkwa Railway Station, destroying goods and properties running into thousands of Ghana cedis.

The affected structures included a mobile phone shop, saloon, and a boutique.

The blaze was alleged to have started in the early hours on Wednesday, August 5, 2020, from the boutique and spread to the others.

Although the cause of the fire is yet to be established, some eyewitnesses attributed the fire outbreak to an electrical fault in the area where the fire started.

In an interview with the Ghana News Agency (GNA), the Divisional Officer Grade III, Mr Alex Assiem, the Acting Municipal Officer of Ghana National Fire Service, Tarkwa, said his officers had a hard time putting off the fire as they had to struggle through the crowd to bring the situation under control.

He stated that no one was injured and investigations had already begun to ascertain the cause of the fire.