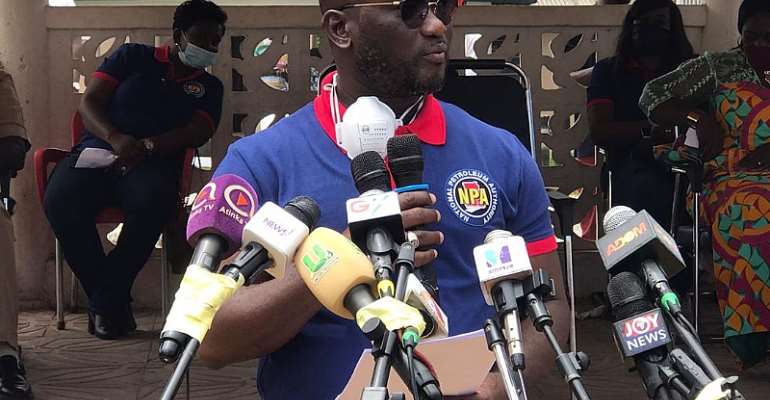 Chief Executive of the National Petroleum Authority (NPA), Alhassan Tampuli has assured a section of industry players that, their concerns about the existing pilot of the new gas policy will be addressed.

He said consumers stands to gain from the overall outcome of the policy.

Speaking at a pilot launch in the Jomoro District of the Western region, Mr. Tampuli said the Authority has no intention of excluding any industry member from the exercise because the success of the program partly rests on their commitment and contributions.

“in recent times, we've had calls by some industry players to halt the implementation of the CRM pilot phase due to some challenges encountered with the pilot exercises in Kade and Obuasi.”

“We need not remind ourselves that one of the reasons for the pilot is to help address difficulties that may arise when we eventually move to a full scale implementation of the CRM policy.”

He said pilot exercises are conducted to help guide us to identify problems and fix them and in light of this problem encountered in the pilot areas are being addressed.

Mr. Tampuli said a total of 3,983 cylinders have been procured for Jomoro alone, to augment the cylinders currently in the hands of consumers in the area.

“All you need to do is to pick your empty cylinder, walk to the gas station and exchange it for a filled cylinder. “

The program was attended by traditional leaders, opinion leaders and the security agencies.