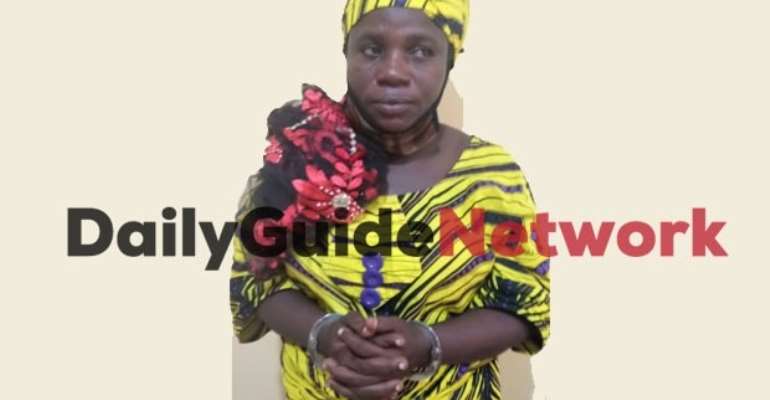 Drama unfolded yesterday when the lady suspected to have instigated the gruesome lynching of a 90-year-old woman over claims of witchcraft was brought to the Bole District Magistrate Court.

Matters came to a head when 40-year-old Sherina Mohammed, aka Hajia Filipina, told the court that she could not stop chasing witches and also healing the sick.

When she entered the dock after being on the run for over a week following the killing of Akua Denteh at Kafaba in the East Gonja Municipality, the presiding magistrate, Andrew Prince Cudjoe, after taking her through court formalities, enquired from Hajia Filipina if she was willing to stop working as a spiritualist.

Hajia Filipina, who appeared not to show any remorse, retorted in Twi that it was “a calling from God” and she was not ready to abandon the cause.

She even informed the magistrate that if he became sick and was brought to her for healing she would heal him.

The accused person, who had been provisionally charged with murder, pleaded not guilty and was remanded until August 20 to coincide with the hearing date of all those who had been remanded in connection with the case.

A number of residents of Bole stormed the court to catch a glimpse of the woman who led the lynching of the 90-year-old woman, an incident that has since sparked national outrage.

There was heavy security on the premises of the court to ensure the safety and protection of the accused person.

Hajia Filipina was arrested on Tuesday, August 4, at her hideout at Yeji in the Bono East Region after being on the run for over a week.

Following her arrest on Monday night, she was moved from Yeji to the Savannah Regional Police Command in Damongo for further interrogation.

According to the Savannah Regional Police Commander, DCOP Enoch Adutwum Bediako, the accused, during preliminary investigation, admitted that she was the person seen in the video taking part in the lynching of the 90-year-old woman.

Already, Latifah Bumaye,25, a trader believed to be an associate of the ringleader, Hajia Filipina, and five others had been arrested and put before the Bole District Magistrate Court and remanded to reappear in court on August 20.

The five others are Haruna Aness, 34; Issahaka Tanko, 35; Shaibu Murtala, 29; Sulemana Ali, 35; and Issahaka Sachebu, 32 – all charged with conspiracy and murder

They have all pleaded not guilty and the court presided over by Andrew Prince Cudjoe remanded them until August 20.

LGBTQ+ Bill: You're shameful backward thinker obsessed with ...
4 hours ago