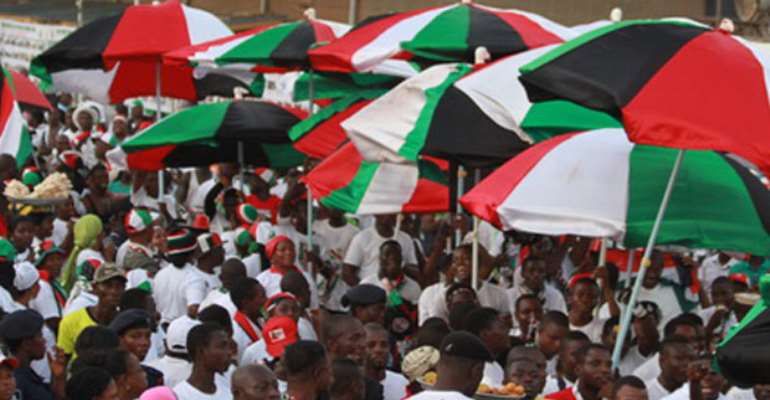 It is rather unfortunate that as a country, we have decided to stoop this low because it is politically expedient.

How does stopping Togolese nationals or any foreign national from getting on Ghana’s electoral roll become a tribal agenda?

Are all Togolese even Ewes? There are several tribes in Togo. There are various tribes spread across Ghana’s frontiers in the north to Burkina Faso, to the west by La Côte d' Ivoire and to the east by Togo. There are very porous borders and people walk in and out freely on a daily basis.

But the fact that people walk in and out of a country freely does not make them citizens of a country. This, therefore, means that the rights of citizens can only be accorded to citizens who qualify according to our laws and hold the right documentation.

Once again, it is an election year and you see and hear elements in the opposition NDC run amok accusing the President and his party of discrimination against MY TRIBE and that an illegality amounts to tribal bigotry. As if the NDC is the official party for people from the Volta Region. Why am I not NDC?

Furthermore, one can follow a trend led by the flagbearer of the NDC, former President John Mahama, and the General Secretary, Mr. Johnson Asiedu Nketia, doing pure political mischief and hoping to gain by swaying a tribe to solidarise and register to vote for them. Even when it is pure political propaganda, some people unfortunately seem to be buying into this and the media also giving this agenda mileage. How does the general secretary of the largest opposition party break the law by assembling people in open trucks without observing Covid-19 protocols and claim they are entitled to register and must be allowed to register? Is it not against the law to bus people to register in the first place?

Every foreigner in Ghana today has become an automatic Ewe—from Adidome, Atorkor or Tetekope. And it is the NDC that knows these people suddenly and they must acquire a voter ID card and choose our leaders at all cost. How pathetic!

From Denu to Banda, everyone who is a foreigner is automatically from Keta, Battor or Mepe? Why would any Ghanaian with requisite identification or family in any community not be recognized as such but have issues proving their Ghanaian identity?

There are Ewes in every region of Ghana—from Anloga in Kumasi to various towns up north, the Bono area, in the west, east and on the coast beyond Ada to Axim. How come there is an agenda by Akufo-Addo, and yet Ewes everywhere have registered?

My fellow tribesmen, what we should continue to seek is our share of the national cake. That means the development for our region and government’s commitment to delivering that. If I may ask, did Akufo-Addo discriminate against us in the implementation of Free SHS? What is the single government intervention that has targeted our region during the term of John Mahama? Let’s stop this. We are wiser and smarter than this. And this must STOP NOW!

Volta Region CANNOT BE a 'Voter Region' for a party to lay claim to when they need votes. People in a democracy can decide where they want to belong—and that is the beauty of democracy. But this evil agenda must stop. I am not writing this because I am an appointee in the Akufo-Addo administration, I am writing this because I am appalled at how low some political leaders are willing to go just to win an election and in this case to an office they occupied just four years ago. So how desperate can this get?

A foreign national is not entitled to be on our register; Ewes are not foreigners. If you’re a Togolese Ewe and you hold dual citizenship, it is not written on one's forehead; it is proven with documentation, just prove it.

I am a proud Ewe man and I am Ghanaian, I don’t subscribe to an Ewe who is a Togolese to be given the right to vote in Ghana. I don’t have the right to vote in Togo or Benin and I am still Ewe. That should tell you being Ewe does not make you an ECOWAS citizen with an inalienable automatic rights to register and vote in all countries that have the Ewe tribe. Likewise, an Ewe man in Aflao is not entitled to register to vote in Togo and Benin. We are two different countries. It cannot be the case that Lome and Aflao have become part of Ghana.

LET’S STOP THIS.
My two cents. We have weightier matters to discuss. We don’t deserve this.