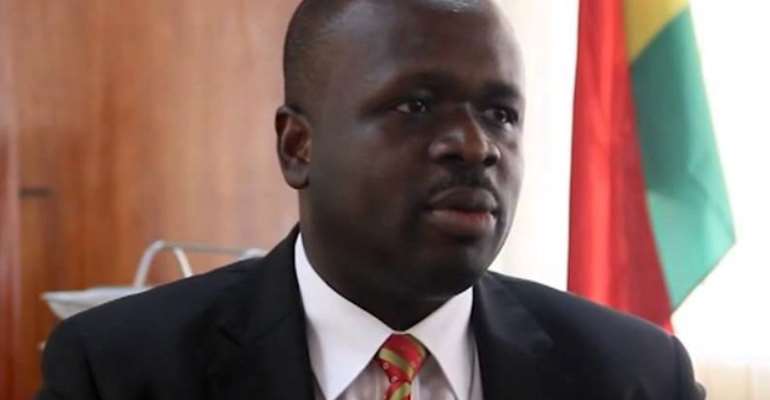 The former Minister of Communications, Dr. Edward Omane Boamah, is sweating over claims that he is one of the 'Babies with sharp teeth' that Professor Kwamena Ahwoi and co groomed to attack ex-President Flt. Lt. Jerry John Rawlings.

The former Minister of Local Government and Rural Development has made mind-blowing admissions in his new book entitled: “Working with Rawlings” that he 'groomed' the likes of Felix Kwakye Ofosu, Samuel Okudzeto Ablakwa, Kwadwo Twum Boafo, Omane Boamah, and others to 'attack' the founder of the National Democratic Congress (NDC), former President Rawlings, whenever he criticized the late President John Evans Atta Mills publicly.

According to him, this was part of a strategy to 'tame' Mr. Rawlings, who had become a thorn in the flesh of the late President, who was going to announce his resignation as a result of the constant public criticisms he received from the NDC founder.

Mr. Rawlings coined the term 'Babies with Sharp Teeth' in reference to young NDC office holders who were ready to 'devour' anyone who dared to criticize the NDC administration.

“It worked and the strategy proved effective. Rawlings toned down on his public criticism of President Mills. Instead, he turned his anger on the young 'boys and girls' who were talking back at him whenever he criticized President Mills publicly,” Prof. Ahwoi had said.

The revelation, which is contained on page 211 of his book, has since stoked fire in the main opposition party, with former President Rawlings serving notice that he would soon deal with the “callous agenda of bile by the likes of Kwamena Ahwoi.”

Prof. Ahwoi revealed that he, Captain Kojo Tsikata (rtd) and Kofi Totobi-Quakyi, who were trusted advisors of President Mills, sat and planned the so-called taming 'strategy', explaining that “the strategy we adopted to achieve this objective was simple enough.”

However, Omane Boamah, who did not appear to countenance dissenting views and was always ready to 'attack' opponents when he was minister, has come back strongly denying Prof. Ahwoi's claims.

In a disclaimer, he said, “I have read excerpts of the Prof. Kwamena Ahwoi's Book, 'Working with Rawlings' that appear to suggest I was among a group of young politicians, who were purposely engaged by him and others to respond to and “talk back” at former President Rawlings for the latter's attacks on the personality of the late President of Ghana, His Excellency John Evans Fiifi Atta Mills. Respectfully, I need to place on record that this claim is wholly and completely inaccurate and untrue (sic),” he stated.

“As a young man and politician with core convictions, I was never engaged nor could I have allowed myself to be used by anyone to talk back at former President Rawlings (sic).”

Rather, he said “my principled stand in defending the late President Atta Mills, without insults, against attacks I thought were underserved was borne out of my respect and appreciation of the personality of the late President Mills – the Asomdwehene, his pureness of heart and other sterling and unique qualities that he possessed to a fault (sic).”

Omane Boamah insisted that “the suggestion (by Prof. Ahwoi) that my defence of the late President was part of a deliberate 'strategy' by elders is irksome to me,” stressing “it does not reflect my personality as a politician of conviction and not of convenience.”

“For the record, I state emphatically and unequivocally that any claim that I was a recruited participant in any such grand agenda could only be the result of an inadvertent error in recollection and not founded on anything that remotely resembles the truth (sic),” he added.

I lied that you contracted covid-19, you didn’t also chop co...
4 minutes ago