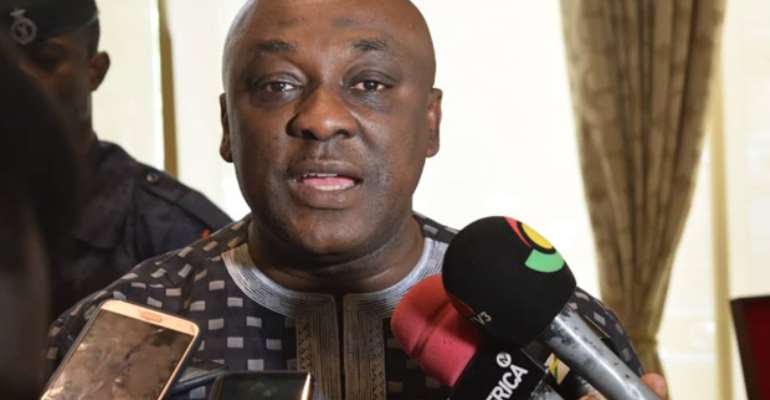 A resident of Tema, Enoch Agyapong, has petitioned the Inspector General of Police (IGP) to immediately initiate criminal proceedings against the Tema West Member of Parliament (MP), Carlos Ahenkorah, for allegedly endangering the lives of the constituents with Covid-19 infection.

According to the petitioner, the MP, who resigned as Deputy Minister of Trade and Industry, violated the Public Health Act, 2012 (Act 851).

According to him, the MP, despite being diagnosed positive for Covid-19, went out on June 23, 2020, and visited registration centres against much publicized protocols laid down to be observed by every Covid-19 patient.

He stated that the MP, during the tour of registration centres in the Tema West Constituency, was seen “widely interacting with some of his constituents” in clear violation of the safety protocols.

“The Honourable Member has since admitted on various media platforms that he knew of his positive status at the time he embarked on the tour of the registration centres, and has resigned his position as the Deputy Minister of Trade and Industry following a public outcry that was generated by his conduct.”

He mentioned Sections 10 (1) and Section 15 of the Act areas related to the breaches, and contended that Carlos Ahenkorah's conduct was intentional as he knew of his status as a carrier of the virus.

“I would like your outfit to commence investigation leading to the death of one of his coordinators, Osei Kofi Amankwah, who died as a result of Covid-19 on the 2nd July 2020,” he said.

“It is evidently clear that the Honourable Member of Parliament had a meeting with the coordinator on 21st of June 2020, while his samples had already been taken for Covid-19 testing waiting for the outcome, which eventually turned out to be positive,” he added.

The MP is not known to have responded to the claims.