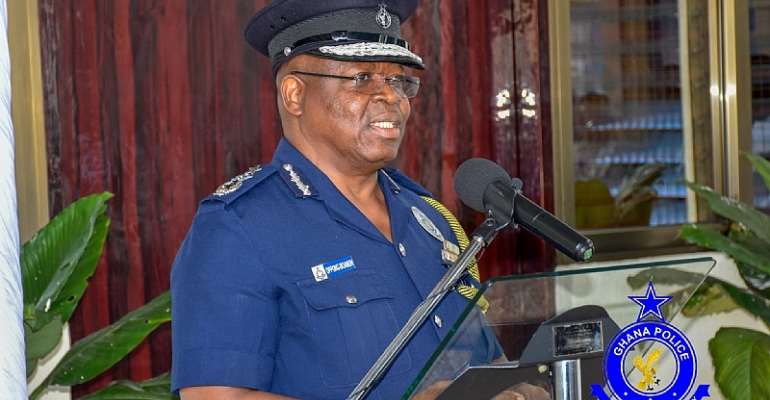 The Inspector-General of Police James Oppong-Boanuh has indicated the readiness of the police service to maintain law and order before, during and after the 2020 polls.

According to him, his outfit is prepared to do whatever it takes legally to ensure incident-free elections urging the youth in particular not to allow themselves to be used by self-seeking politicians for personal gain.

“The police is ready to maintain law and order before, during and after the 2020 polls. There is however the need for collaboration between the security agencies and the citizenry to ensure that the polls is not characterized by incidents. Education is key in this regard”, he observed.

During a courtesy call on the Savannah Regional Minister Salifu Adam Braimah in Damongo, the Police Chief underscored the need for collaboration between the police and various stakeholders in the maintenance of peace.

“The citizens must be prepared to keep peace. The youth in particular must not allow politics to create divisions between us because we are one people who will continue to stay in the same community together after the polls”, he pointed out.

In his view, politics is about the contest of ideas and not about who is more violent than the other urging the youth in particular to learn to be tolerant and give peace a chance indicating that it is a prerequisite for development.

“Let us not antagonize each other over politics because it does not pay to be violent”, he stressed.