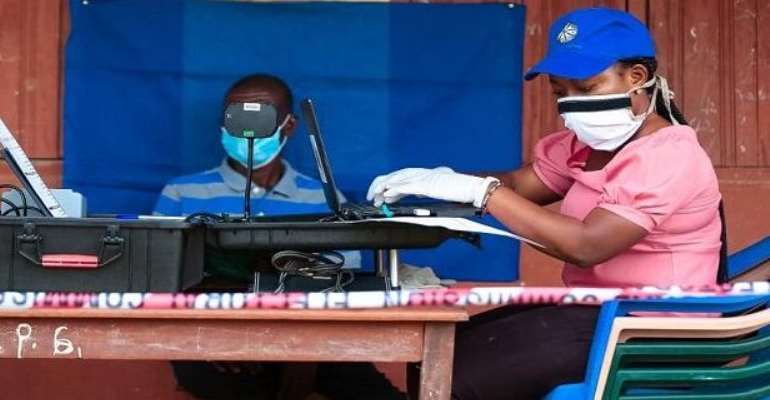 As the Electoral Commission (EC) wraps up the compilation of a new voters’ register this week, IMANI Africa still disagrees that the old existing register which will soon be abandoned is bloated.

Prior to the June 30 commencement date, IMANI Africa had said there was no justification for an entirely new electoral roll to be compiled ahead of the 2020 polls as the current register was credible enough for a transparent election.

Six weeks after the EC started the process, the civil society organization seems to feel vindicated by the number of persons who have thus far registered insisting the arguments advanced by the EC in introducing the new register have been flawed.

Vice-President at IMANI Africa, Bright Simons who spoke on The Point of View on Citi TV mentioned that dynamics such as demographics, adjusted age, death rate, unstable voter number, urbanization and the comparative high voter population in Ghana have once again featured in the ongoing exercise thereby questioning significant reforms achieved to make the new register any better.

“I have been against this since 2016. If you check all writings, I am very suspicious of this new trend and we have to be very careful in this country,” he said.

Bright Simons statistically projected that by the end of the exercise, approximately 16.7 million will have been registered, a figure which is 100,000 short of what was recorded in the last registration exercise. He added that, had it not been for the COVID-19 pandemic, its associated risks and the reduction in registration days, more than 18 million voters would have rather been captured.

This he is convinced justifies the consistent rise in new voter registration which might have informed the basis for the assumptions the register is inundated with ineligible applicants and foreign nationals.

“When you look at the numbers and the rate of increase, there is absolutely no evidence or whatsoever that, there is some sudden, abrupt, unexpected, inexplicable events leading to an inflation situation. Absolutely not.”

“If you do a thread, you will realize that the rate of increase in the register has been pretty consistent. What is about those trends that suggest that at some material moments there were some attempts to inflate the numbers?” Bright Simons asked.

A total of 15,117,438 prospective voters were registered after 31 days of the registration exercise, thus exceeding the EC’s target of 15 million.

Out of the number of persons registered so far, the Greater Accra Region has the most registrants with 3,225,508 voters.

The Ashanti region comes second with 2,700,805 registrations and the Eastern Region coming third with 1,444,274 registrants

Although, the electoral management body will conclude the main registration exercise today, Thursday, August 6, 2020, it added two more days for the registration of prospective voters on Saturday 8th August and Sunday 9th August 2020.

Foreign nationals on the new roll

Commenting on how some foreigners have managed to register for the voter ID, Mr. Simons rejected such reports and described them as false.

He described as problematic fears that these foreigners, particularly Togolese nationals have the potential of jeopardizing politics in the country during the election season.

“On what basis do you say there is a grand plot cooked somewhere in Lome by Togolese to come and destabilize Ghanaian politics that can distort outcomes. That cannot be true.”

“This notion that there is this grand plan by foreigners to destabilize Ghanaian politics should not be allowed to stand,” he argued.