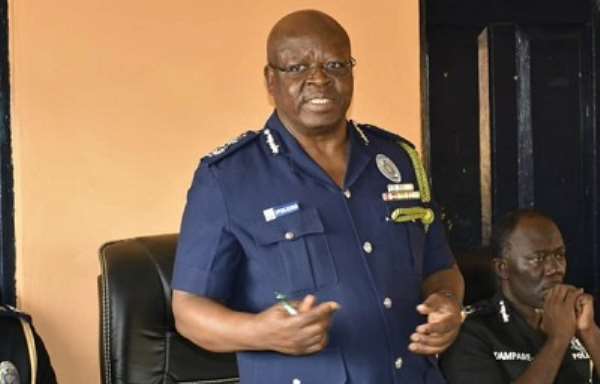 The Inspector-General of Police (IGP), James Oppong-Boanuh has condemned the lynching of 90-year-old Akua Denteh at Kafaba in the Savannah Region.

During a visit to the Savannah Region, Mr. Oppong-Boanuh expressed worry over the incident and urged Ghanaians

“The incident was something that was worrying. If you look at the age of the woman and what was done to her by her own relatives is a bit disheartening. Ghanaians in this age and times should not be doing that. Why is it that it is always the ladies that are being accused of witchcraft? We should always ensure that we protect our mothers and sisters.”

So far, seven people are in police custody in connection with the incident.

Six of them have already been arraigned and charged with conspiracy to commit murder.

The other one is a 40-year-old priestess, Sherina Mohammed, who is alleged to have masterminded the lynching has been remanded into police custody.

Sherina Mohammed has admitted to being the woman in the viral video, but denied she led the lynching.

She is expected to reappear in court on 20th August 2020.