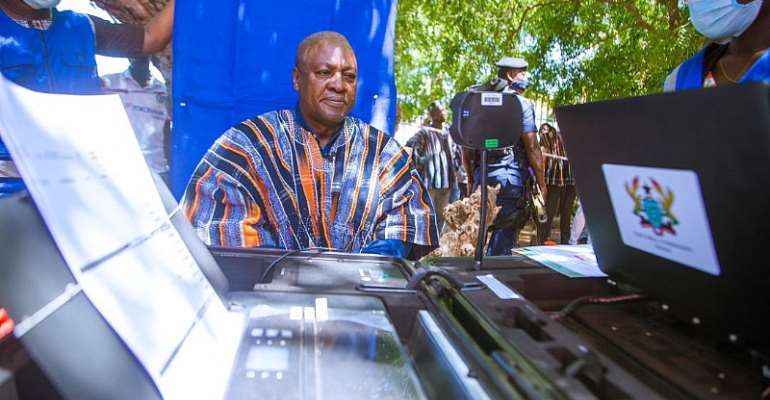 Former President John Dramani Mahama insists that President Akufo-Addo is desperate to hang on to power, hence deploying several machinations to have his dream come true.

The former President took on Akufo-Addo after registering for his voter ID card in the Bole constituency on Wednesday, August 5, 2020.

John Mahama in a media interview further accused the government of unleashing military personnel to some registration centres, especially in strongholds of the NDC to prevent people from taking part in the ongoing voter registration exercise.

He insists that such acts including the closure of some radio stations portray President Akufo-Addo as a dictator bent on trampling on Ghana’s democracy.

“Ghana is a nation for all of us regardless of your ethnicity or your party affiliation. Sadly, the Akufo-Addo administration is trampling on our democracy with dictatorship. A lot of the things that are happening, the closure of radio stations, the harassment of journalists and just during this registration exercise, the alienation of people and questioning their citizenship, the use of the military to prevent people from registering, all shows a government that is determined to do everything to hang on to power.”

He further assured Ghanaians that he will restore the peace and unity of the country if elected president during the 2020 presidential polls.