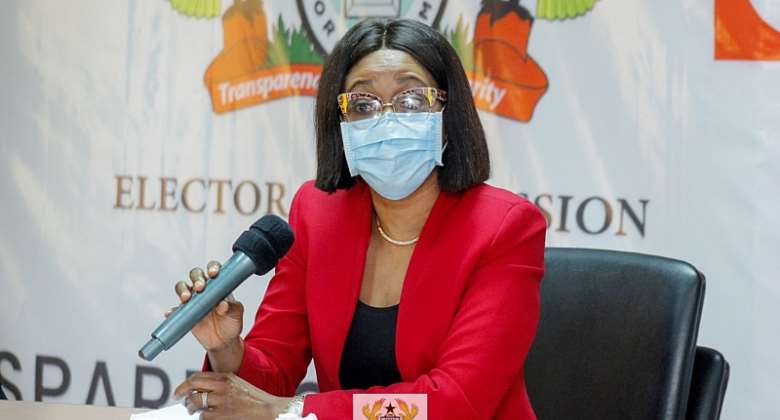 The 16-member committee chaired by Deputy EC boss responsible for Operations, Samuel Tettey, is made up of political party representatives, civil society groups and IT personnel of the commission.

It has been tasked with manually reconciling cases where registrants’ facial and biometric features as captured by the biometric registration kits conflict.

The incidences of multiple registrations that will come before the committee will be those that are flagged by the automatic biometric identification system without being resolved.

Inaugurating the committee, the EC Chairperson, Jean Mensa, said the committee was part of the next leg towards ensuring credible elections as the voter registration exercised comes to a close.

But she noted that the commission was still warry of double registrations hence the de-duplication system.

“It is now time to turn our attention to ensuring a clean and credible voters register ahead of the 2020 general election.”

“The commission is of the view that the voters register is the bedrock on which a credible election is built. It is therefore important that the new voters register bears the hallmarks of integrity,” Mrs. Mensa said.

“Under this system, the committee is presented with cases that are flagged when the system is unable to determine duplication.”

“Committee members are trained and provided with policies to enable them to determine and rule on the different cases presented to them,” she explained.

The commission has viewed the registration exercise as largely successful as it had met its target of 15 million persons registered with about five days to go.

A total of 15,117,438 prospective voters were registered after 31 days of the registration exercise exceeding the EC's target.

Out of the number of persons registered so far, the Greater Accra Region has the most registrants with 3,225,508 voters.

The Ashanti Region comes second with 2,700,805 registrations and the Eastern Region coming third with 1,444,274 registrants.

Mrs. Mensa now feels it is likely the commission would register some 16.5 million persons in the final few days.

Mankessim: 55-year-old kenkey seller knocked down by speedin...
58 minutes ago