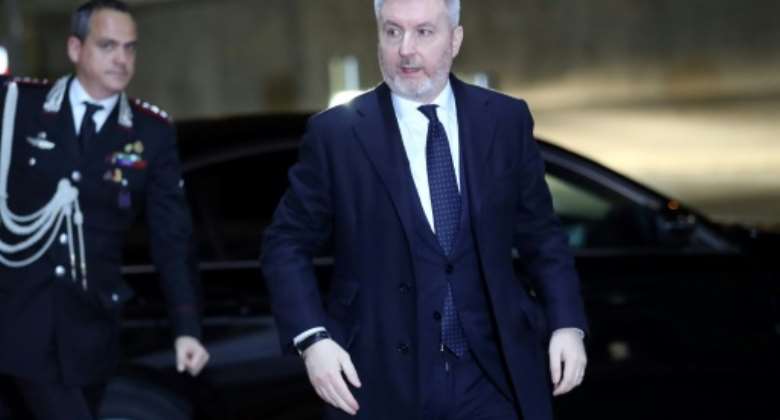 Italy's defence ministry said on Wednesday it would strengthen cooperation with Libya, citing a willingness for improved relations with the war-torn country's UN-recognised government.

Italian Defence Minister Lorenzo Guerini met in Tripoli on Wednesday with Fayez al-Sarraj, the head of Libya's Government of National Accord, the ministry said in a brief statement.

Both countries will collaborate on reclamation and demining activities, the ministry said, while expanding cooperation in medicine and military health within the Misurata hospital, which it said would be moved to a "more functional area".

The statement also cited construction of a new hospital centre in Tripoli, and a plan to train Libyan military officers and cadets.

The ministry cited a "mutual willingness" to cooperate on defence "for an improvement" in relations.

Libya's unity government, with Turkey's backing, is battling forces loyal to strongman Khalifa Haftar, who has support from Egypt, Russia and the United Arab Emirates. A year-long push by Haftar to seize the capital of Tripoli was repelled in June.

Italy, which is the main arrival point for migrants leaving Libya, signed an agreement with Libya in 2017 for its coast guard to block migrants before they can reach Europe.

Rights groups have severely criticised the deal, as migrants are returned to overcrowded detention centres in Libya, where many are victims of abuse and even torture.

Gov’t to set up 5-member committee to lead extensive stakeho...
19 minutes ago