Anger in Togo after government accused of using spyware on critics 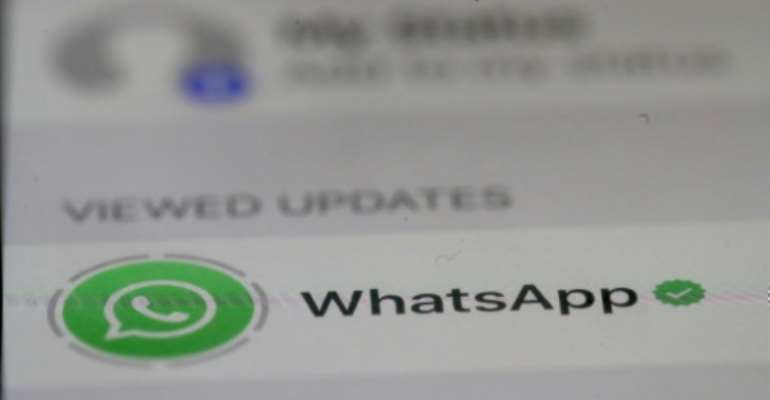 Individuals were alerted by WhatsApp last year that their mobile phones had been targeted with spying technology. By JUSTIN SULLIVAN (GETTY IMAGES NORTH AMERICA/AFP/File)

A Togolese civil society coalition on Wednesday accused the government of spying on the public after it was reported that six critics of President Faure Gnassingbe, including Catholic leaders, had been victims of a hacking campaign.

According to an investigation published on Monday by the French daily Le Monde and Britain's Guardian newspaper, individuals in Togo were alerted by WhatsApp last year that their mobile phones had been targeted in a spyware attack.

"We are in a police state that uses and abuses espionage against its own citizens," David Dosseh, spokesman for the FCTD, an umbrella organisation of civil society groups, told AFP.

Quoting from a lawsuit filed by WhatsApp against the Israeli firm NSO Group, the newspapers said 1,400 users around the world had been targeted by a sophisticated eavesdropping tool called Pegasus.

According to details in the lawsuit, the technology would have potentially given access to emails, texts and images, and could also have been used for recording by remotely operating a phone's camera and microphone.

In Togo, the software was reportedly used against opponents, civil society activists and Catholic clerics, including the president of the Togolese Bishops' Conference, Benoit Alowonou, who is known for his activism.

Elliott Ohin, a former government minister who is in the opposition party, and Raymond Houndjo, a close associate of a leading opposition politician were also named in the report.

The investigation "confirms and provides material evidence of a situation that many suspected," said Dosseh.

"Many Togolese are afraid of being followed, especially spied on, when they are members of civil society or opponents," he said.

Gnassingbe, who was re-elected this year for a fourth term, has led the country of eight million people since taking over in 2005 after the death of his father Gnassingbe Eyadema, who ruled with an iron fist for 38 years.

The government, contacted by AFP, did not comment on the international investigation, which also found targets of the attacks included journalists in India and Morocco, political activists from Rwanda and Catalan separatist politicians in Spain.

"Weapons intended to fight terrorism have been turned against opponents, clerics and human rights defenders," he said.