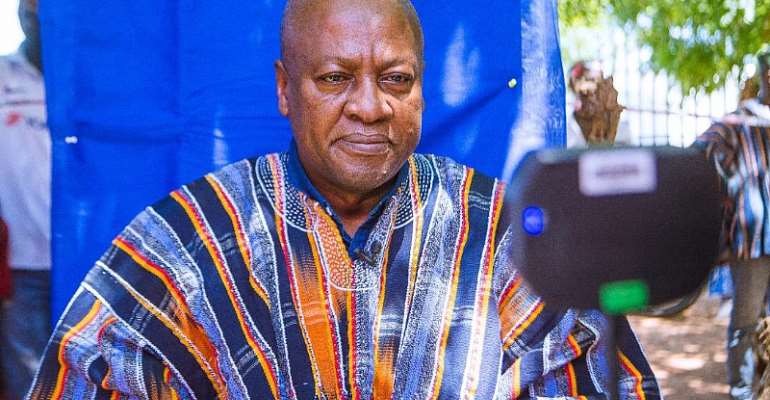 He was registered on Wednesday, August 5 in the Bole Constituency in the Northern Region.

Addressing the press after going through the process, Mr. Mahama condemned supposed military intimidation of some of the voters.

“Ghana is a nation for all of us notwithstanding your ethnicity or your party affiliation. Sadly, the Akufo-Addo administration is endangering our democracy with dictatorship. A lot of the things that are happening, the closure of radio stations, the harassment of journalists and just during this registration exercise, the alienation of people and questioning their citizenship, the use of the military to prevent people from registering, it all shows a government that is determined to do everything to hang on to power.”

After the registration, he went to watch a football match in the constituency and later visited the Bolewura’s palace.

He later visited some registration centres in the constituency.

The former president will continue with a tour in the regions in the Northern part of the country.