Witchcraft: Accused and Abused By In-laws 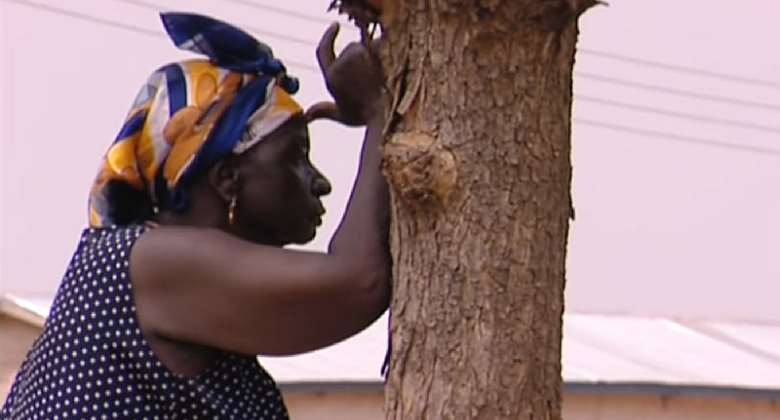 So this story starts with my in-laws (Mum in Law (MIL) and Dad in law(DIL)) at the time I was married to their son. I had a son by him and another child from a previous relationship. We lived in a 2 bedroom apartments in the heart of London, my father in law at the time was quite ill and had come from Nigeria to receive treatment because of his condition. My father and mother in law at the time were both retired after long years of service in the UK but had gone back to Nigeria to settle after their retirement.

They used to come from time to time to London. They used to like coming round to my place and my place was only a 2 bedroom flat which contained me, my husband and our 2 kids. And things were very awkward because I used to cook, clean, wash dishes and take care of the kids all by myself while my husband was at work. Plus looking after his parents because the Nigerian culture means it is my duty as a daughter in law to look after them.

Because we only had 2 bedrooms, me, my husband and 2 boys all slept in one room while my parents in law occupied my children's room. My life was so miserable whenever they came around and I was becoming frustrated. One Saturday morning at around 7:30 AM, my sons were fast asleep and I could hear a commotion going on in the next room with my inlaws, my DIL was so distressed and he was telling my MIL to pick her phone and call their whole family and tell them that that girl is a witch.

I started to panic but I stayed in my room listening to what they were saying as I wasn’t sure who they were talking about, she picked the phone and was calling her daughters who also lived in the UK and it was then that my DIL said my name saying “Blue Angel is a witch, call the whole family and tell them to gather in this house now” Ha I picked my phone and called my husband who was at work and I told him what was going on and he said they’d called him too and he too was on his way back home.

For a split second, I had to decide what to do as my inlaws were all making their way over to my house to come and sort out the witch, I didn’t know what they were going to do to me when they come. So I decided to go in the bathroom, got my son's toothbrushes, sponges, cloths and things then I woke them up from sleep and ran out of the house to my brother's house who lived nearby.

I phoned my ex-husband (he is now an ex lol) to tell him that I was fleeing to my brother's house and he said: “Whatever you do please do not tell your brother that my father called you a witch”. I asked him what do I tell my brother is bringing me to his house so early on a Saturday morning and he told me “tell them anything except the truth”. I ran to my brother's house and I broke down in his house and I told him the truth that my DIL had just pronounced me a witch and my sisters in law were on their way to my house, I was very traumatised. It was only later that I found out the reason why he called me a witch.

Apparently some people believe that when you sleep and dream and if in your dream you see someone offering you anything sweet to eat in your dream, then that person is a witch either trying to initiate you into their kingdom or kill you. According to my DIL, he saw me in his dream offering him some oranges so automatically I was accused of being a witch. My ex-husband later told me that my DIL had requested some oranges the night before just before going to bed and he had taken some to him in the room and he was fast asleep so my ex had put the oranges next to his bedside and left them there. My in-laws left my house and took every single thing belonging to them to their daughter's house and my ex came and got me from my brother's house because the coast was clear, I got back into my home full of relief but the trauma was so bad, I cried for days on end as I have never been called a witch ever in my life.

My sis-in-law requested a meeting with me a few days later and she said: “in Yoruba culture, an older person doesn’t apologise to a younger person and if I am expecting an apology, I wasn’t going to get one so she is apologising on his behalf because he was on some strong medications that made him hallucinate and that’s the reason he saw me in his dream”. I accepted the apology but I was traumatised for a very long time after that. Ridiculously my inlaws came back to my house because their daughters couldn’t have them in their homes, they only came back for one week but I avoided them like a plague till they left back to Nigeria and sadly my DIL passed away 2 weeks later.

The Advocacy for Alleged Witches' Accused and Abused provides a platform for victims of alleged witches to share their stories and experiences. If you have been a victim of witchcraft allegation or witch persecution and you would like to share your story and experience, please contact us at: [email protected]

I sold my virginity to a fetish priest for money, now my vag...
55 minutes ago