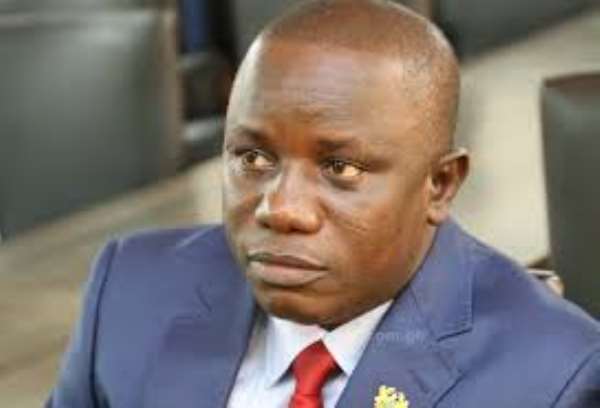 The National Communication Officer of the opposition National Democratic Congress (NDC), Sammy Gyamfi has taken a swipe at the Defence Minister, Dominic Nitiwul for denying the picture and video evidence of voter suppression in some registration centres.

Mr. Gyamfi said the Minister’s comments on the matter were unfortunate.

“The Defence Minister’s ludicrous attempt to explain away the sheer use of brute force and physical assault by certain elements in the once-revered Ghana Armed Forces to prevent some legitimate Ghanaians from taking part in the ongoing registration process, only goes to reinforce President Akufo-Addo’s attitude of ‘see no evil, hear no evil’.”

Speaking at the NDC’s weekly press briefing, he added that the Minster’s defence against allegations of voter suppression by the state is “ample testament to deliberate targeting of that ethnic group, regardless of where they find themselves.”

The NDC has complained that some non-Akans in areas such as the Banda constituency, Oti Region and Ketu South constituency are being harassed by soldiers.

“Dominic Nitiwul should stop the unlawful use of armed military men to harass innocent Ghanaians based on their tribe or ethnicity in the ongoing voter registration exercise if he still has a conscience or shut up and spare us his lies if he has nothing meaningful to say. We have had enough of their chicanery and insults,” Mr. Gyamfi added.

For Banda, in particular, the NDC has called on the Ghana Armed Forces (GAF) to immediately withdraw armed soldiers from registration centres.

The party’s General Secretary said the presence of armed personnel has deterred a lot of people from registering for a voters ID card, a development he believes will disenfranchise a lot of Ghanaians in Banda.

The Adontenhene of Bongase Community in the Banda District, Nana Issah Yakubu also criticised the military deployed to the area, accusing them of intimidating residents participating in the voter registration exercise.

The Ghana Armed Forces (GAF) has however denied targeting non-Akans in the Banda Constituency.