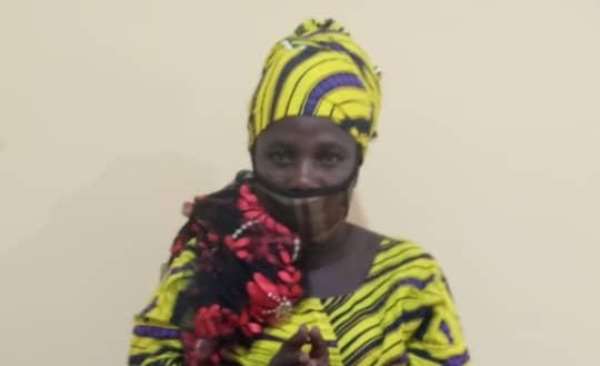 A 40-year-old priestess, Sherina Mohammed, who allegedly masterminded the lynching of 90-year-old Akua Denteh at Kafaba in the Savannah Region will be arraigned today Wednesday at the Bole Magistrate Court.

Her arrest on Monday night brings to seven, the total number of people arrested and in police custody in connection with the lynching of Akua Denteh over allegations of her being a witch.

The Savannah Regional Police Commander, DCOP Enoch Bediako in a Citi News interview said the police is proceeding with its prosecution as Sherina Mohammed has admitted that she is the one captured in the viral video of the old woman being lynched.

“She confirmed that she was the woman on the video. We have already arrested five people and we have also arrested the woman who was whipping the old lady so those are even arrests. She will be put before the Bole magistrate court.”

DCOP Enoch Bediako further called on the public to assist the police to arrest people who stood unconcerned during the lynching Akua Denteh.

Pressure group OccupyGhana, in a statement on Monday made the first call for the arrest and prosecution of all persons who gathered and looked on as the 90-year-old was killed.

OccupyGhana held the view that the onlookers were guilty of a misdemeanour because the looked on without offering any help.

DCOP Bediako's offered a similar assessment of their conduct and said punishing them will serve as a deterrent to others.

“If the public will help us to arrest any of the onlookers, we will be very grateful to arrest them to serve as a deterrent to people who just look on criminally…. We can charge you for abetment because being there and looking at the crime, you were giving encouragement to the wrongdoers to continue to do [what they were doing],” he said.

They could then prevented it “but failed to do so,” DCOP Bediako added.

Desist from faking kidnapping to avoid imprisonment – Police...
20 minutes ago