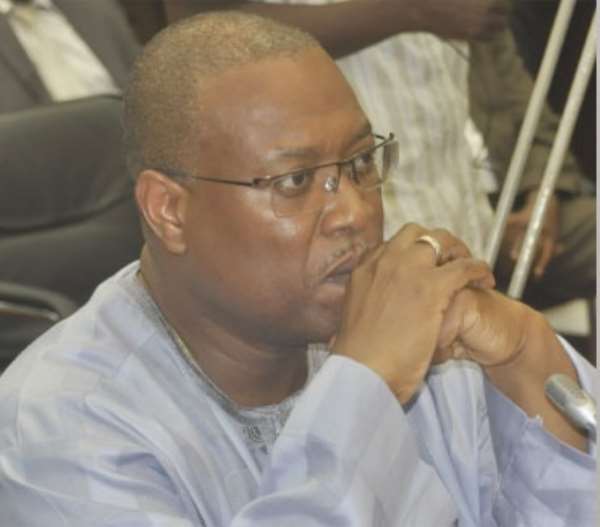 As the Mahama-appointed Health Minister, Mr. Alexander Segbefis constantly had the health industry’s first responders on his back, because the guy and his boss did not know how to competently manage Ghana’s healthcare system. They could not even pay the salaries and wages of our healthcare workers, even after callously and greedily robbing our Nurse Trainees of their long-established trainees’ allowances. As well, for months on end, doctors and other paramedical workers were not being paid, even while Mr. Segbefia and his boss and some of his ministerial colleagues were taking home double salaries, as was uncovered in the early days of the present Akufo-Addo Administration. Indeed, were the Dear Reader to ask of yours truly, he would boldly and frankly tell her or him that the leaders of Ghana’s main opposition National Democratic Congress are thoroughly composed of common thieves, who have absolutely no good intentions for our beloved nation but to simply “create, loot and share,” in the memorable phrase of Justice Jones Victor Mawulorm Dotse.

Mr. Segbefia is also the extant Health Minister who imported the lemons, those engineless hulks of unmotorable hand-me-down vehicles from Germany – Did he see President Akufo-Addo unveil what a real German-made vehicle assembled in Ghana looks like? – that were meant to be used as ambulances by the National Health Service (NHS). Maybe if he gave himself some time to think and understudy Mr. Kwaku Agyeman-Manu, the current Akufo-Addo-appointed Health Minister, to learn something about how to sensibly import or successfully negotiate for the importation of real roadworthy and operable ambulances from a real or genuine Health Minister, Mr. Segbefia would be adequately prepared for the next time that he is assigned to manage the Health Ministry, God forbid!

After criminally colluding with his former boss and Mr. Sylvester Mensah to literally and effectively bankrupt our National Health Insurance Scheme (NHIS), the former London prosecutor who recently attempted to throw dust into the our eyes over the Mahama European Airbus SE Payola Racket, by falsely telling Ghanaians that this high crime had already been resolved, now has the nerve to tell those who care to listen, which is those who have a lot of time on their hands, that he has absolutely no confidence in the most dynamic and best qualified Vice-President of Ghana’s Fourth Republic. Somebody needs to tell this scumbag of a shyster lawyer that in terms of leadership responsibility and professional competence, Mr. Segbefia has absolutely no edge on the astute former Deputy-Governor of the Bank of Ghana who led the historical move to re-denominate the Rawlings-rendered shinplaster that were the old cedi denominations.

For those of our readers who may not know the meaning of “shinplaster,” it was that moment in Ghana’s economic history, when one had to rent a truck to carry the cedi equivalent of $ 100 (USD) from the bank. You see, the stark difference between the present Akufo-Addo-led government of the New Patriotic Party and the previous John Dramani Mahama-led regime of the National Democratic Congress, is that whereas the latter regime blindly and recklessly borrowed in the name of the Ghanaian people, only to thievishly share the same among themselves and to criminally stash some in foreign bank accounts, the Akufo-Addo Administration actually has more than adequate national development projects and landmark taxpayer-owned properties to show for such borrowing.

For instance, just early this morning, one of my younger cousins, Mr. Kirt Bromley Sintim, WhatsApped me from Ghana the colorful photographs of over a dozen stadiums/stadia that the Akufo-Addo Administration has constructed in nearly every region of the country to practically and healthily promote sports and athletics in the country. When the Mahama Posse makes the largely mendacious claim that they have built legions of Community Health Centers and/or clinics around the country, the reality of such patently false and intellectually insulting claim is that these clinics and health centers are not adequately staffed or supplied with adequate medications and patient care equipment. Couple the preceding with a deliberately and recklessly bankrupted health insurance system, and one readily begins to get a picture of an unusable healthcare system.

On a Mournful Note:

The death of Oheneba Lydia Adwoa Ampomaa Forster, 84 years old, was reported in Accra, Ghana, last month. She was the daughter of the Adontenhene of Akyem-Abuakwa (The Chief of Kukurantumi) and the mother of Mr. Stephen Kwame Oduro (alias Nana Atwere or Naatwere), Managing-Director of the State Insurance Corporation (SIC), and Dr. William Oduro, an obstetrician-gynaecologist and a retired United States’ Army Major and resident of Atlanta, Georgia, in the United States of America; and the aunt of Dr. Kwame Okoampa-Ahoofe, of Nassau Community College of the State University of New York, Garden City.