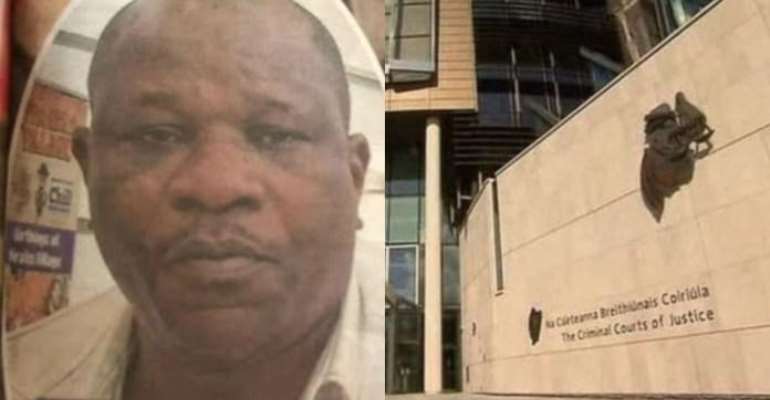 A 52-year-old Nigerian healthcare assistant, Emmanuel Adeniji, has been sentenced to 11 years imprisonment for raping a 72-year-old woman in the United Kingdom.

He raped the woman with Alzheimer in a nursing home, according to court details.

He initially denied the charge but later confessed to raping the elderly woman on her bed in the early hours of April 3, 2020.

That was during the height of the Covid-19 lockdown.

The victim's family said the 72-year-old patient was found in a distressed state later that morning by a staff member.

Adeniji of Royal Canal Court, Kilcock in County Kildare prior to the attack had worked for the nursing home for 15 years and had never been convicted for a crime.

Speaking on the incident, the victim's daughter informed the Central Criminal Court that her family have been unable to hug her mother to comfort her since the attack and that they hoped she is able to forget what happened.

“He single-handedly destroyed our mam's life,” according to her.

CCTV footage from the nursing home at the time of the rape showed Adeniji going in and coming out of the woman's room at about 03:00 local time on 3 April.

Later that morning, another staff member found the victim upset but coherent. The Gardaí (Irish police) were immediately called and the woman was able to make a statement about the rape and DNA samples were taken.